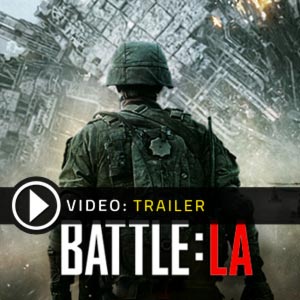 It's a digital key that allows you to download Battle Los Angeles directly to PC from the official Platforms.

How can I find the best prices for Battle Los Angeles CD keys?

Allkeyshop.com compares the cheapest prices of Battle Los Angeles on the digital downloads market to find the best sales and discount codes on trusted stores.

Battle: Los Angeles is a military science fiction first-person shooter video game based on the 2011 film of the same name, directed by Jonathan Liebesman.

Developed by Saber Interactive subsidiary Live Action Studios, it was released on March 11, 2011, the same date the film was released. Players will have the chance to relive the thrill of the movie as they assume the role of Corporal Lee Imlay and fight alongside characters from the film and defend the city of Los Angeles from attacks from unknown forces.

This game features stunning graphics, and the gameplay is immersive for an FPS game. The game length is pretty average, but has dozens of unlockable content. A middle-classed first person-shooter for fans of the motion picture as well as hunters of aliens, Battle: Los Angeles is pretty solid in action and presentation. If you are a fan of the movie, then this game is really a must-have for you.

STEAM GIFT : A Steam gift is a one-time transfer you receive. You activate and install Battle Los Angeles to play on Steam, it is a non-refundable game that stays in your Steam games collection. Please read the store description about any language or region restrictions.
Standard Edition

An interesting game that i tried and didn’t expect it to be that good , also the price is amazing .