Allkeyshop.com is one of the best sites in the world for price comparison of video games. The team consists of hardcore gamers that have decided to share their passion of the gaming universe. And something important for gamers is where to find the games at the best prices. Indeed, sometimes the price of a game can be very expansive. This is where Allkeyshop.com is mandatory, we track almost all prices in the world, and sometimes that means we can get you an exclusive deal with up to 70% off the normal price. 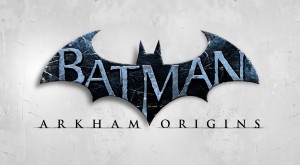 Currently many good games are being released on the Steam platform. You can purchase the games on Origin in the form of activation keys. This is called a CD Key, a code that you directly enter on Origin. To do this, click on the Steam tab and then select Redeem Product Code.

It’s done! Your Batman Arkham Origins CD Key is activated and the game installs automatically. After the download, the installation will proceed and you will be able to play shortly after. 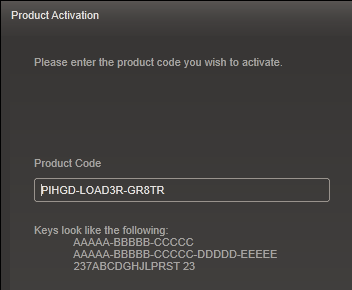 What could be more enjoyable for a fan of Batman than to play the new game. The previous games received very good critics overall. And now Batman Arkham Origins is finally released, and although the single player mode is not really different, the multiplayer mode is pretty new and seems very enjoyable. The multiplayer on the map Blackgate Penitentiary is a real pleasure. Some weaknesses in terms of maneuverability inherited from the previous games of the serie and the cover system is lacking polishment. But it’s still very fun and I did not see the time pass. There’s a 3 vs 3 vs 2 team mode, Team Joker vs Team Bane vs Batman and Robin. You begin the game with 25 life for each side, dying means one less life, last two sides gets to battle in a final round. Team Bane and Team Joker has many cool weapons… gift bomb, mine, flying remote control explosive, thermal glasses… Batman and Robin have the gadgets you’ve already discovered in the previous installment, thermal glasses, grab, smoked screen… you should use your environment for you to hide, appear and disappear. (Anyway, I will not teach you how Batman works, we all know;)) Note that unlike the classic multiplayer from the previous games, Batman Arkham Origins offers the opportunity to attack from anywhere to surprise your opponents. Although the single player story seems interesting, the Multiplayer mode got more interested. Let’s take some good time. 🙂

Where to buy Batman Arkham Origins?

Allkeyshop.com allows you to find the best price for Batman Arkham origins Steam key. We offer a service of comparison price so that you will always be able to buy Batman Arkham origins at the best price in the world. Sometimes up to 70 % cheaper than retail stores. Most stores that we reference accept payment by paypal, Moneybrookers, Credit Card, Debit Card… You just have to choose your favorite store and make your order. You will receive your Battlefield 4 CD key 4 by email and activate it on Origin.

You can also buy Batman Arkham Origins on our others Europeans sites.

Buy Batman Arkham Origins Steam key in the US on CheapDigitalDownload.com