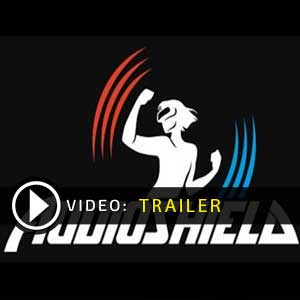 What is Audioshield CD key?

It's a digital key that allows you to download Audioshield directly to PC from the official Platforms.

How can I find the best prices for Audioshield CD keys?

Allkeyshop.com compares the cheapest prices of Audioshield on the digital downloads market to find the best sales and discount codes on trusted stores.

Audioshield is an indie, rhythm based video game. The game is developed and published by Dylan Fitterer. Play the game in VR using HTC Vive.

The orbs that are headed your way are timed with the music that the player has selected. The player will have the liberty to play the music that he/she has in their collection. These songs will be streamed via Soundcloud.

The objective is to have the best score. A leaderboard will be available either online or local. The great thing about this is that each song will have a separate leaderboard.

Get your beat on and your VR head gears for an immersive game experience.

EUROPEAN STEAM GIFT : It’s a steam gift for Europe which requires an European IP address to activate and to play Audioshield on Steam. Read carefully the store description about region and language restrictions.
STEAM CD KEY : Use the Steam Key Code on Steam Platform to download and play Audioshield. You must login to your Steam Account or create one for free. Download the (Steam Client HERE). Then once you login, click Add a Game (located in the bottom Left corner) -> Activate a Product on Steam. There type in your CD Key and the game will be activated and added to your Steam account game library.
Standard Edition