The second Deus Ex Mankind Divided story DLC is coming this February, as announced by Square Enix and Eidos Montreal. The DLC, called A Criminal Past, will bring  players to one of Adam Jensen’s first missions for Task Force 29 (TF29).

Set before the events of Deus Ex Mankind Divided, A Criminal Past reunites Adam Jensen with Delara Auzenne. He will also meet new characters along the way. The story revolves around Jensen’s mission of tracking down and retrieving sensitive information from a”fellow undercover agent who has gone dark”. 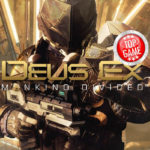 Deus Ex Mankind Divided Pre-Order Bonuses have been announced by Square Enix to be available for free for everybody who owns the game!