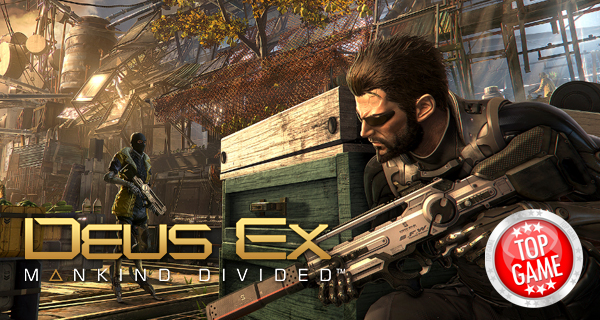 Deus Ex New Projects will be revealed next week!

Square Enix and Eidos have announced that they will have a Pre-E3 event which will highlight Deus Ex New Projects. The Deus Ex Universe event will be on June 8, 2016, a Wednesday.

You will be able to watch this event live in the Deus Ex Twitch Channel at 8:30 AM PST/ 11:30 AM EDT. Not only will the event talk about the new projects, it has also been revealed that a new video trailer for the Deus EX: Mankind Divided will be showcased.

The Deus Ex Universe composes of “any other projects that will help bring the world of Deus Ex to life,” according to a post by Sacha Ramtohul, Eidos Community Manager.

The latest from the franchise is Deus Ex: Mankind Divided which will be launched on August 23, 2016.

There are no other hints of what the Deus Ex ‘New Projects’ will be. But we will be sharing with you more news about this as it will be announced in the Pre-E3 event. Stay tuned!