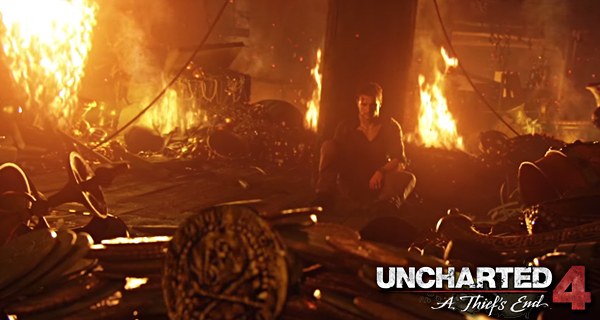 Uncharted 4: A Thief’s End has a new trailer for you to watch!

Naughty Dog’s Uncharted 4: A Thief’s End has a new trailer and it is not just any trailer, it is a CG trailer. The beautifully made trailer has been shown in the cinemas in Europe with the upcoming attraction Batman v Superman: Dawn of Justice. This is one very big marketing strategy for the said game which was reported to be the last for the franchise.

The trailer is beautifully made, fit to be shown in theaters and in our opinion, will definitely get the attention of the viewers. It is a very quick trailer as it is just about 40 seconds long but those 40 seconds are so packed that it will catch your interest. The trailer is entitled Uncharted 4: A Thief’s End Heads or Tails, and it starts out with Nathan Drake tossing a coin in the air. Nathan Drake is a retired treasure hunter who for some circumstance was forced back into the world that he has turned his back on. He will travel the world to search for the legendary pirate treasure, putting everything on the line as the stakes now are much more personal. What is Nathan Drake willing to do to save the people he loves.