15 of the Best Roguelike Games and Compare Prices 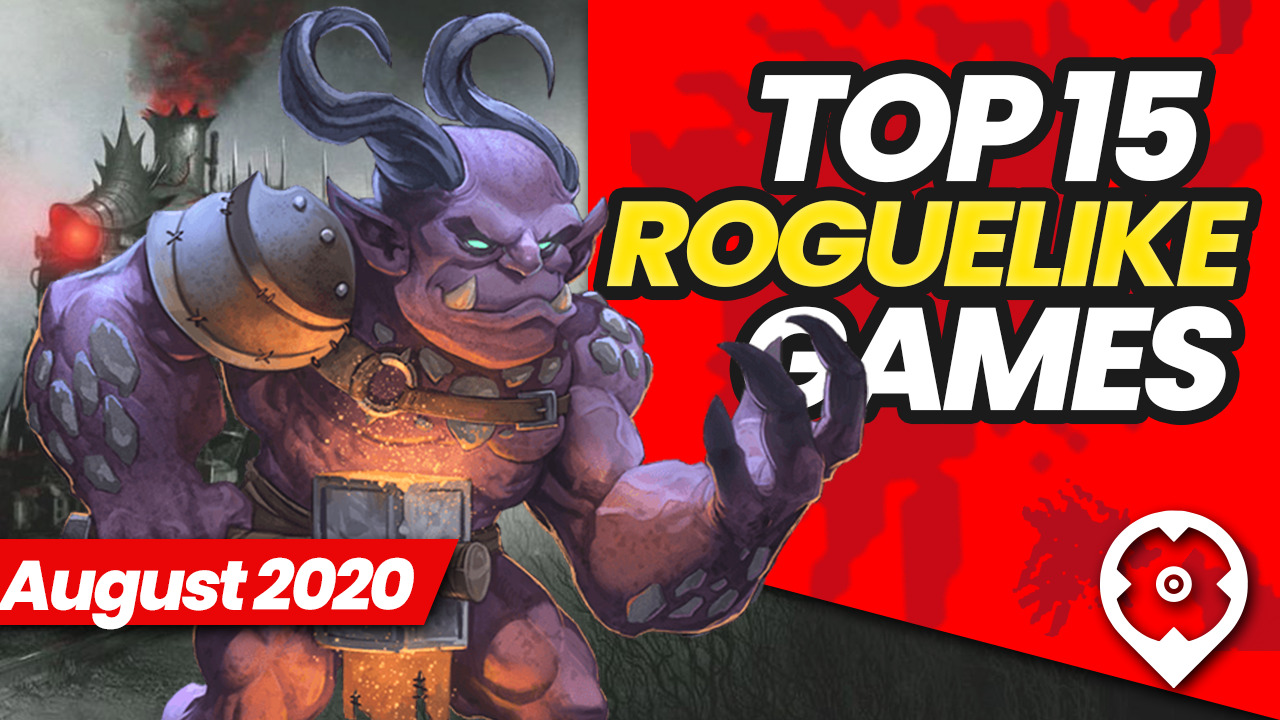 What are the best 15 Roguelike Games ?

1. The Binding of Isaac: Rebirth

Play as Isaac in his bid to escape his religious mother as she attempts to sacrifice him as an offering to her god. Play through randomly generated dungeons and collect items that will improve Isaac’s stats. The game has a new graphics engine, offers a more intense experience than the previous game, and boasts more than 500 hours of gameplay.

Control a hero with abilities, and discover an adventure with FPS, Roguelite, and RPG elements. Experience randomized levels, over 100 items and weapons, co-op level-based adventures, and a unique art style.

Recruit, train, and lead a team of flawed heroes in this gothic roguelike turn-based RPG that emphasizes the psychological stresses of adventuring. The game features an affliction system and more than 15 playable characters. Camp to heal and plan your rests ahead of the next dungeon, then battle monsters, stress, paranoia, and fear.

Board the train to hell and play a strategic roguelike deck-building game. Every playthrough is unique with hundreds of cards, five monster clans, dozens of artifacts, and more than 20 random events available. Strategize, plan, upgrade and duplicate your cards and complete daily challenges that offer modified runs and global leaderboards. Design your own challenge and share it, or compete online with up to 8 players supported in a dash to hell like never before.

Enter the Gungeon and reach its legendary treasure by any means necessary, avoiding traps, chasms, and defeating the bosses that stand in the way. Select your unlikely hero and battle the Gundead in procedurally-generated levels. Unlock weapons, use tactics, and discover the bizarre tools at your disposal in this colorful roguelike bullet hell.

Survive the terrifying wilderness, and discover a world brimming with danger, magic, and bizarre creatures. Start with nothing and craft a home using your research, farming, and hunting skills. Explore the randomly generated worlds that make every game unique, and discover new lands, new characters, and ancient ruins with the latest update, Hamlet.

Defy the god of the dead in this hack and slash rogue-like dungeon crawler from the creators of Bastion, Transistor, and Pyre. Befriend gods, ghosts, and monsters and cut your way out of a beautiful hand-painted Underworld using the fury of Olympus. Everything is possible as the Underworld is ever-shifting, and bosses will remember you.

Take command of a ship and its crew on a challenging journey through space where there is only victory or permadeath. Manage your ship and crew, deciding between weapons and power, and unlock upgrades with the help of alien races. Every galaxy is randomly generated, meaning every enemy and every event is unique. Survive against the odds, and be the captain your ship needs.

Explore and fight your way through a procedurally generated magical world, melting, burning, and evaporating your path forward with spells created by you. Every pixel in Noita is physically simulated, meaning water behaves like a liquid, gas rises, and sand will pile up. The game is a rogue-lite with death being permanent. The only way to get further on your next adventure is to learn from dying.

Be a successor of Taiwu and change the fate of humankind by defeating your enemies, making sacrifices, and making decisions that matter. Learn thousands of martial art techniques, discover gangs and sect, and learn traditional Chinese skills in randomly generated worlds. Construct buildings, gather resources, expand, maintain order, and uncover the secrets that will change you and the world forever.

The Scroll Of Taiwu System Requirements

Survive a crumbling sci-fi world using your skills in deck-building, and make choices that have lasting impacts at every turn. Collect from hundreds of cards, negotiate your way through political struggles, hire mercenaries, find pets, overpower your enemies, and battle bosses in this beautiful world created by the developers of Don’t Starve. Every playthrough features new enemies, quests, events, and choices, with death only a decision away.

What is a Roguelike Game ?

Roguelikes are a type of video game that takes direct influence from the tabletop role-playing games, such as Dungeons and Dragons. Because of that, they mostly feature dungeon crawling in procedurally generated levels, and often permadeath.

The term roguelike often refers to the mechanics that have transferred over from tabletop to the video game world, such as the ability to pick your class, race, gender, skills, attribute points, and the opportunity to loot weapons, items, and armor from defeated enemies.

Due to the challenging nature, roguelikes will often employ a fog of war mechanic, forcing players to fully explore an area or level and hide treasures or enemies in those unexplored areas.

Several other mechanics that have transferred from the tabletop games include leveling up characters, turn-based battles, and the ability to make your own choices that affect the outcome of an event and story.

Many games in the genre, such as the award-winning Divinity: Original Sin, allow players to choose how to progress. For instance, if a door blocks the way the player can choose whether to find the key or break it down.

Although choices are not infinite, roguelike games have endless playability due to their procedural levels, with one of the most influential games in the genre being Diablo. Playing through a dungeon may offer the same weapon, but it will have one or two stats slightly changed for better or worse, giving a sense of infinite possibilities.

Permadeath is not a must-have feature of a roguelike, but some games have seen great success by using it, such as FTL: Faster Than Light, Rogue Legacy, and even Diablo 3 with its Hardcore Mode.

Roguelike is a broad term, and there is something in them for everyone, whether its a deck-building game, a dungeon crawler or a rhythm game. There is a good chance that everyone has played a roguelike game, and their future looks ever bright in a video game world where different is much-sought-after.

In the world of Roguelike Games, fantastic games can be found at incredible prices but you can also be at a greater risk of being left disappointed.