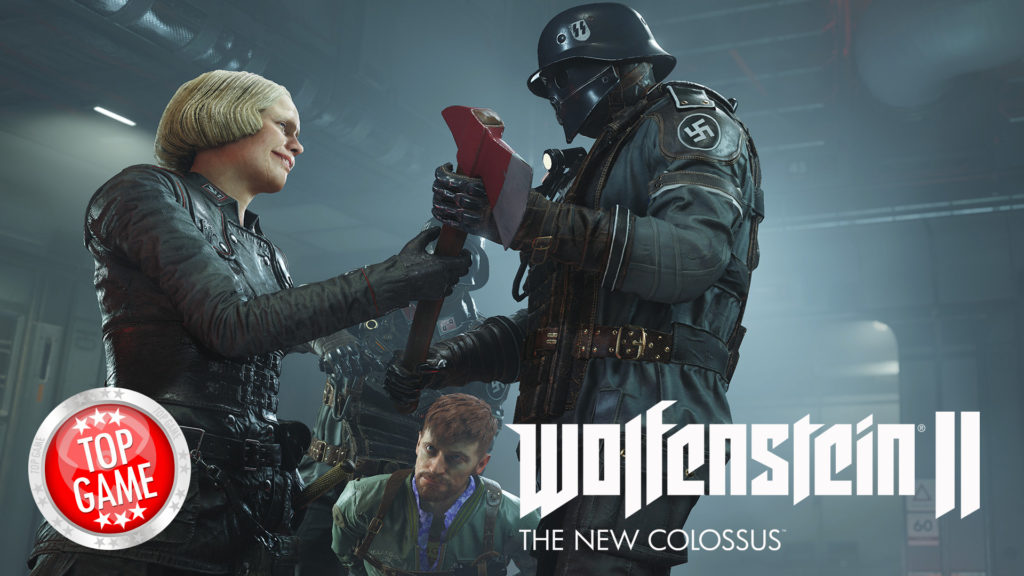 Wolfenstein 2 The New Colossus has recently revealed a new gameplay trailer, giving us a glimpse on how the game looks like, and some, uhm, graphic scenes.

The trailer focuses mainly on killing Nazis, as its title suggests: NO MORE NAZIS. The trailer shows a lot of guns, killing Nazis, and some graphic content such as gore, violence, and maybe you’ll just want to watch the rest yourself.

Here’s the Wolfenstein 2 The New Colossus gameplay trailer in question. You might want to take note how this video is tagged as NSFW (not safe for work).

In other news, the game is also going to be launched on the Nintendo Switch, Bethesda has confirmed. It will be available in 2018. Its release on PC, Playstation 4, and Xbox One is on 27 October 2017.

And in case you missed it, here’s the full reveal trailer of Wolfenstein 2 The New Colossus which was shown during this year’s E3 press conference: