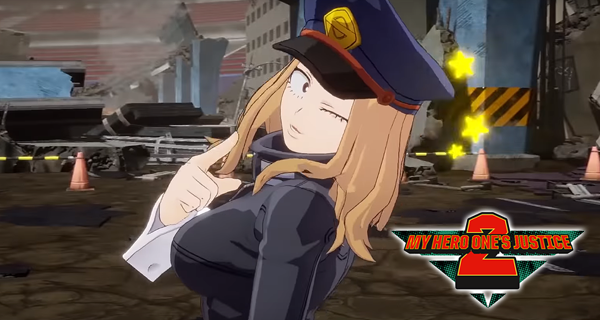 Bandai Namco Entertainment recently released two trailers for its quirky action fighting game, My Hero One’s Justice 2. One of the trailers is dedicated to brandishing the villains of the game and is appropriately labeled the Villians trailer. The second trailer is called the characters trailer which showcases the characters that don’t fall under the villain’s category.

More specifically, the villains’ trailer comprises of Kai Chisaki, Tomura Shigaraki, Mr. Compress, and Twice. Meanwhile, the characters trailer consists of Gang Orca, BMI Hero: Fat Gum, and Sir Nighteye. Not only did the trailers introduce the characters but they did a good job of showcasing the character models as well as some of their quicky combat mechanics. The voice lines and combat animations are also very much worth mentioning as they portray the essence of the anime.

Get to watch the trailers below:

Along with a very captivating story, My Hero Academia’s combat is one of its most celebrated attributes. Because of this, developer BYKING is left with a high standard to uphold and based on the 2 trailers, the combat is what My Hero Academia enthusiasts would expect.

If My Hero One’s Justice 2 is as advertised, it will undoubtedly be a huge success. Just the sheer value of My Hero Academia fans seeing their favorite characters on screen with the possibility of piloting them in the future is enough to generate sustained interest.

My Hero One’s Justice 2 is scheduled to be released on March 13, 2020, for the Nintendo Switch, PlayStation 4, Xbox One and PC. However, you can preorder beforehand which will grant you Nomu as a playable character, as well as early access to Izuku Midoriya, and Kai Chisaki.

You can also unlock a special customization item for Izuku Midoriya if you have saved data from My Hero One’s Justice.