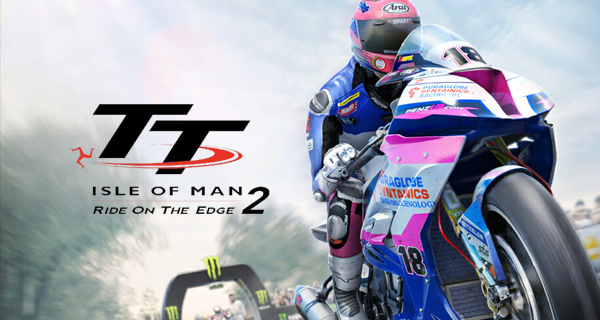 TT Isle of Man Ride on the Edge 2, from developers KT Racing, is about to launch and here we look into some of the key features that you can expect when it does.

As with the first game, released in 2018, they have faithfully recreated the 37.73 Mile TT Course with all parts of the iconic track included, such as Bray Hill, Ballagaray and Glen Helen, with a focus on making the course look and feel as authentic as possible. To ensure this, the course has been laser-scanned to make it truly realistic.

Rather than focus solely on the course, the game will have an open-world feature that will allow you to test and hone your skills, or if preferred you can simply go for a ride and enjoy the view. The open-world will have fictional courses as well as the official TT course.

The game has improved handling and physics over the first game with turning, brakes and suspension reacting in a more realistic manner. You will also have the ability to monitor your suspension, engine, brakes and tire temperature.

If you haven’t seen the gameplay video yet, you can check it out below:

Career Mode returns with TT Isle of Man Ride on the Edge 2, however, a new feature is the ability to ride bikes from yesteryear with the Norton NRS 588, Yamaha TZ 250 and Ducati 900 all available to ride. Included will be bikes from the Supersport and Superbike classes.

If all this isn’t enough to get you excited for the release you also take notice of the fact that TT racer Davey Todd, who has competed in the race for real, worked as an advisor to ensure you have the most authentic experience possible when playing the game.

You can get your hands on TT Isle of Man Ride to the Edge 2 when it launches on 19 March 2020, for PC, Xbox One and PS4 and will be released later in the year for the Nintendo Switch.