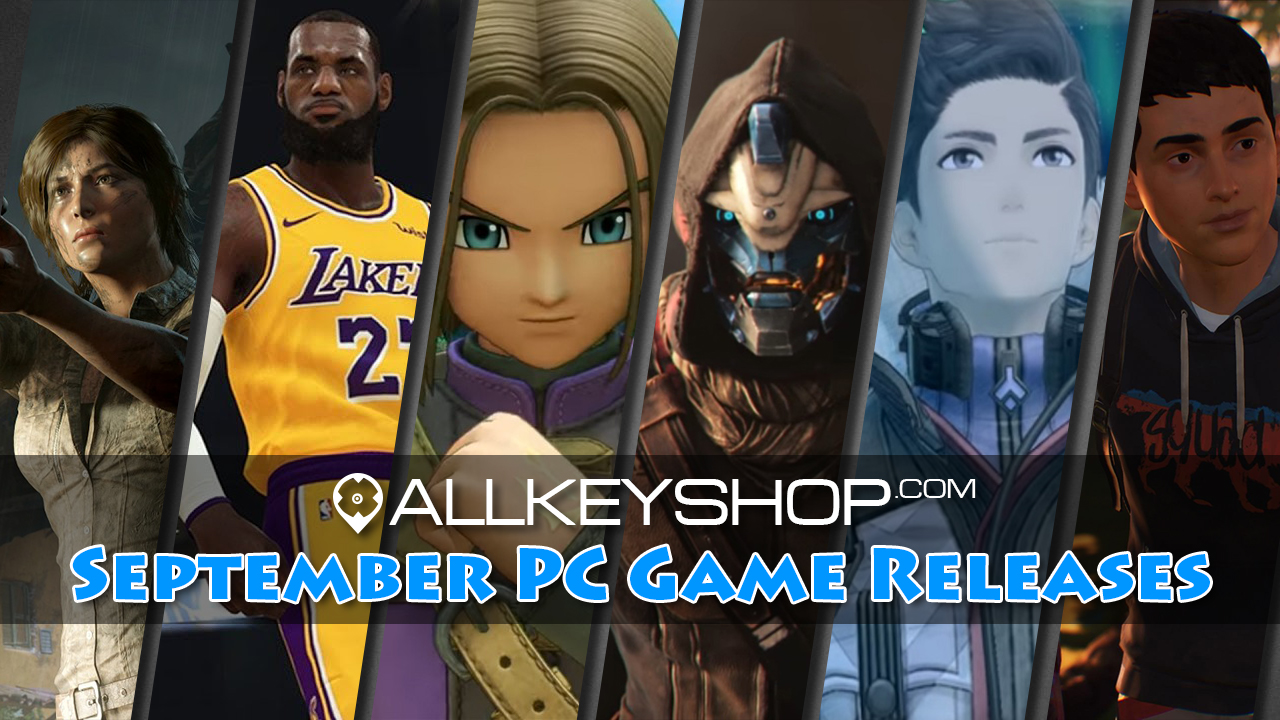 Another month, another set of games to add to your library. This month is filled with big releases, one of which you’ve most likely been waiting for for quite a while. So, we’ve listed the top PC game releases for September 2018 on this page. Here we go:

Forsaken is Destiny 2’s big second-year expansion and probably Bungie’s biggest push to get players to come back to the shared-world shooter. Everyone’s favorite hunter, Cayde-6, will be biting the dust, but that’s not the only thing changing. There’s a new mode called Gambit, as well as new story content, major changes to weapons, mods and Masterworks, and more reasons for players to keep playing during the endgame.

The eleventh numbered entry in the long-running JRPG series follows the story of a hero trying to uncover the mystery of his unlikely destiny. The game features a charismatic cast of characters, a gorgeous game world, and some classic hardcore JRPG battles. The question is, as with any Dragon Quest title that heads west, will this be THE ONE that finally makes the series as popular in the west as it is in Japan.

Immortal Unchained bills itself as the first hardcore shooter in the action-RPG space. You are an immortal who has just woken up to find that the 9 worlds are ending. The story was written by a team that includes Anne Toole (The Witcher) and Adrian Vershinin (Killzone: Shadow Fall, Battlefield 1). There’s also diverse builds and weapon choices, and a number of epic bosses to take down.

With NBA 2K18 getting Mostly Negative reviews on Steam and still going on to become the best-selling title in the franchise, it’s hard to imagine what we can expect from this year’s iteration. Still, it’s hard not to be hopeful, it IS the series’ 20th anniversary outing after all. This year, Visual Concepts is promising “best in class graphics and gameplay, plus “groundbreaking game modes and an immersive open-world ‘Neighborhood'”. We’ll see.

Shadow of the Tomb Raider – 14 September

Eidos Montreal is taking the helm on Lara’s final adventure in the rebooted series. The studio has promised to stay true to what Crystal Dynamics has started, but says they’ll definitely give it their signature touches as well. Master the jungle as you use the environment to pick off enemies while remaining undetected. Discover and explore tombs made more terrifying this time around, with deadly puzzles that will push players to the edge.

Just like its predecessor, Sandstorm is a team-based tactical FPS that leans heavily on close-quarters combat. This improves, expands and builds up on the original in every way. Set in a fictional contemporary conflict in the Middle East, players will have to plan out their strategy as haste is often met with an even faster death. And for the first time ever, players will now be able to customize their character.

First of all, this game CAN be played in a non-VR setup. Transference bills itself as “a thriller that feels like a movie”. Players are tasked to shift between the consciousness of each member of a family that will allow players to piece together a mystery. Explore this family’s home in first-person and become immersed in an “unsettling psychological thriller”. Now you know what Elijah Wood has been busy doing.

If you’ve never played a Valkyria Chronicles game before, its understandable. Only the original has ever made it to PC, with the 2 sequels moving to Sony’s PSP and only one of those ever released in the west. With the 4th entry however, Sega is once again bringing the game to PC. It’s part turn-based strategy, part RPG, and part real-time third-person shooter. It’s definitely a lot of things, but its also some of the best military action you can get from the east.

After a successful Kickstarter campaign, Owlcat Games is now bringing the beloved Pathfinder tabletop universe into the video gaming world. In Kingmaker, players will play as both a adventurer and an up-and-coming king. Explore the Stolen Lands, carve your own kingdom from the wilderness, and shape the world around you with your choices.

Here’s a sequel that’s long overdue. Dontnod’s official second entry to the series will feature a brand new cast of characters headed by brothers Sean and Daniel. A tragic incident sees them on the run from the police and headed to their hometown in Mexico while trying to conceal “a sudden and mysterious supernatural power”.

EA Sports’ premier football sim is back. Powered by the Frosbyte engine, this year’s offering feature’s the UEFA Champions League and boasts enhanced gameplay tools for the ultimate football experience. Also, get to experience the finale to the story of Alex Hunter in The Journey: Champions, a new mode built into the FIFA Ultimate Team mode.

Top PC Game Releases for August 2018: Here are this month’s biggest and most-anticipated releases. Check out the best deals for them too right here.

A lot of cool games that are coming this September. This month is going to be great.