The Story Behind the Upcoming Shark Game Maneater 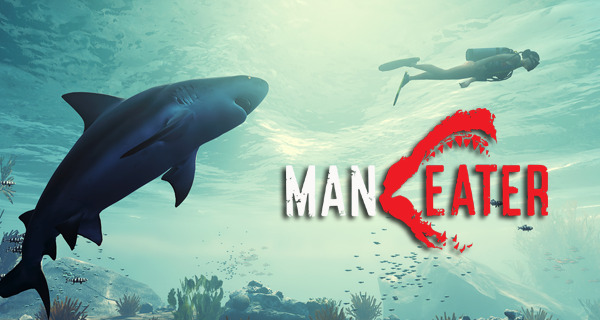 Maneater, the game about a shark with an insatiable appetite for human flesh, was recently shown off at PAX East 2020, with gameplay and story revealed.

“The premise of the game is that it’s a reality show called Maneaters, and it’s following our antagonist Scaly Pete,” explains Tripwire CEO John Gibson.

Maneater is a third-person open-world game that puts players in control of a giant Bull Shark seeking revenge on a shark hunter named Scaly Pete, the man that killed your mother and disfigured you while you were a pup in a cutscene that is straight out of a horror film.

Maneater is a single-player RPG with customization and stats that you can use to evolve parts of your body to improve how they function, eventually seeing you evolve into an adult megalodon.

The game will begin with you learning to survive as a vulnerable baby shark and eventually have you become a killing machine intent on wreaking havoc on the water-loving communities.

As you terrorize the waterways, swamps, and oceans, you will give humans a reason to fear you as you tear swimmers and divers apart, ripping them limb from limb. Destroy yachts and ships, and knock people off jet skis in your frenzy.

If you haven’t seen the game’s trailer yet, you can check it out below:

The game will have seven regions, each with its apex predators such as alligators, giant squids, and killer whales. Killing these predators will offer the player a chance to earn special skills. Taking down the human bounty hunters that are dispatched to kill you will earn you additional rewards.

You will need to consume other aquatic wildlife to survive, including fishes and turtles for proteins, fat, and minerals. The game allows the player to use the surroundings and environment for combat advantage such as using a swordfish as a spear.

Maneater is set to launch on May 22, 2020, for PlayStation 4, Xbox One, PC, and the Nintendo Switch later in the year.