The Hitman Elusive Target 16 Will Fly You To Sapienza! 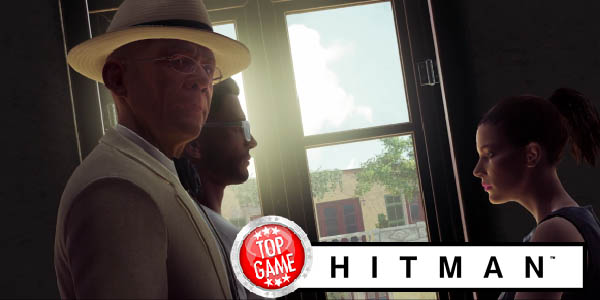 It has arrived, the Hitman Elusive Target 16 is now live. This time your target is named ‘The Guru’. He is a self-help guru named Richard J. Magee. His modus is to latch on to wealthy people and abandoned them when their accounts have dried up. The guru’s latest target is a man named Keith Keeble who is wealthy because of his trust fund.

Agent 47’s clients this time is Mr. Keeble’s parents who are out to save their son and their money from the greedy hands of the guru.

A setup has been made. The family lawyer, Katherine Feller has set up a meeting with Mr. Keeble in Sapienza regarding the money in his fund. And of course as expected the guru will be there to influence Mr. Keeble’s decisions. 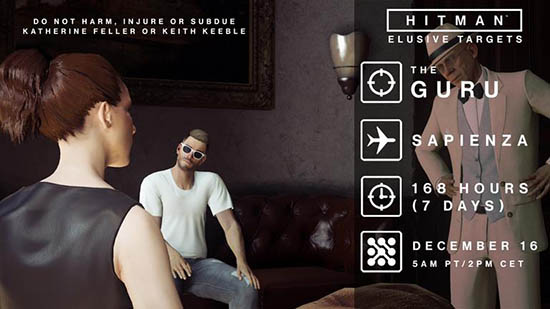 There will be two fail conditions on this assignment. Your client is asking you not to hurt, harm or subdue in any way their son Keith Keeble as well as their family lawyer Katherine Feller. If by accident you do so the mission is an instant fail. And as with all Elusive Targets, there won’t be another chance for a do-over.

The Elusive Target 16 ‘The Guru’ is now roaming Sapienza and will only be there for a week, ending on December 23 8 AM ET / 5 AM PT.

Watch the video instruction below for more detail is about the mission. 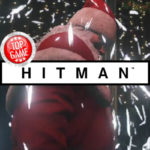 Hitman Does Something Special This Season With Holiday Hoarders DLC A special Holiday themed DLC is available in Hitman. Check out what it offers.