The Division Incursions: New Features and More for Free 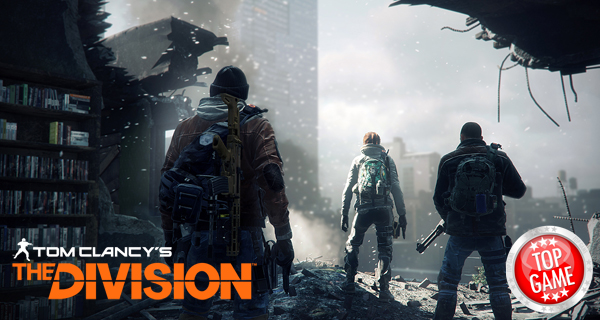 Having been confirmed for release on the Xbox One, Playstation 4, and the PC, The Division Incursions are set to bring in new free content specifically made for squad play. The Incursions will not only reward teams who come out victorious in matches with high-level loot, it will also bring the new loot-trading feature which allows players to swap items with their squad mates.

Falcon Lost, the first of the two Incursions, will bring players to a completely new setting – an underground water-treatment facility turned into a stronghold for the Last Man Battalion.

The April 12th Incursions update is expected to bring the following changes and additions to the game:

1. New Gear – Four new rare gear sets will be introduced. These sets are named: Sentry’s Call, Striker’s Battle Gear, Path of the Nomad, and Technician’s Authority. Each of these sets are meant to “bolster a specific play style”, according to Ubisoft.

3. Loot Trading – As mentioned, Incursions will allow players to trade loots with their squad mates; all they need to do is drop it to make it available for other players.

4. Assignments – These are new tasks/optional side quests that lets you earn Phoenix Credits, Division tech, and other rewards. Assignments are updated daily.

5. Supply Drops – While the Dark Zone already has its own action going on, Incursions will bring in Supply Drops which players can fight over.

6. Spectator Cam – Players will be able to “camera follow” their squad mates in the event that they die during the match.

7. Difficulty Modes – Two difficulty modes will be available in Falcon Lost: Hard Mode, for players with gear score that is equivalent to level 31, and Challenge Mode, which is the tougher mode. Another thing is that there won’t be any checkpoints in Falcon Lost, so players will have to start from the beginning if in case their team goes down. Players can also replay Falcon Lost and other Incursions as many times as they want and still get rewarded with new loot every time.

8. Aerial Enemies – Enemies will be able to employ drones which are pretty tricky to hit. Aside from that, players will face an armored personnel carrier that will test their tactical skills.

Another free update named Conflict will also be released on a later date. Conflict will add new features to the Dark Zone and a special incursion in Columbus Circle. Also coming out within the year are three paid DLCs: Underground, Survival, and Last Stand.

Are you playing The Division? Don’t miss this chance to get The Division Incursions for free! Also check out the lowest price on our price comparison pages and save money in your CD key purchase!

Check out the deals for: PC (Uplay) | Xbox One | Playstation 4