The Climb VR Lets You Become a Badass Climber! 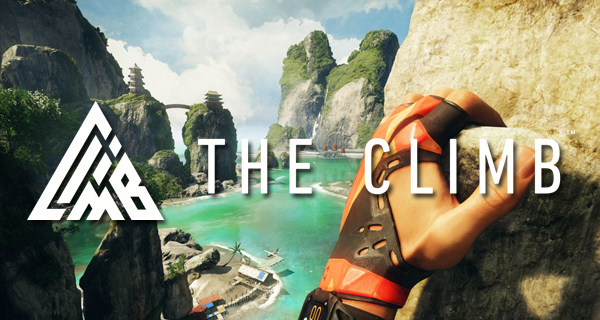 Crytek’s The Climb VR will bring you to high places in virtual reality awesomeness!

Released on April 28, 2016 exclusively for the Oculus Rift, The Climb VR, a rock climbing simulation-virtual reality game, will surely release the inner adrenaline junky in you.

The game features different levels and a lot of stunning and equally dangerous locations you can climb. You will find yourself climbing rocks in the Alps, by the Bay, and in a Canyon.

The main game mode in The Climb VR is its Free Solo mode which lets you explore the environment in whichever way you want to. There are tons of ways you can climb a rock, and it is totally up to you how you will reach the top. Aside from that, there are also some secret routes that are waiting for you to be discovered. You also have to take note, though, that each climb you undertake is timed and scored at the end, so you’ll probably want to go sightseeing at a later time.

There are also other ways on which you will be scored, as mentioned by Niklas Walenski, the game’s designer in his blog post:

“We score your performance in a range of different ways. Of course, time is probably the most obvious, and we think the competition will be really intense… But we also score you on your ‘flow’ across a range of other mechanics. Can you beat the stage without dying? Without chalking? Without rewinding? Did you climb smoothly? Did you use harder grip types? Did you do cool stuff like huge leaps or hold onto grips with the trigger just half-pressed, something pretty tricky to do? There’s a huge range of ways for you to improve your score on every level.“

And if you’re up for a more challenging feat, the game also has two Bouldering Stages that are shorter levels as compared to Free Solo Mode, but packs a difficult challenge for players – instead of simply climbing a rock, you’re gonna have to scale an entire boulder and face the challenge of tough grip placements without the use of your chalk. But if you want to use the sightseeing ticket we just mentioned above, you can go ahead and take on the Tourist Mode in Free Solo and just take on the breathtaking sights.

Curious about the game? Here’s the launch video of The Climb VR. Watch in HD and barf rainbows (just don’t pay attention to the floating body-less hands)!