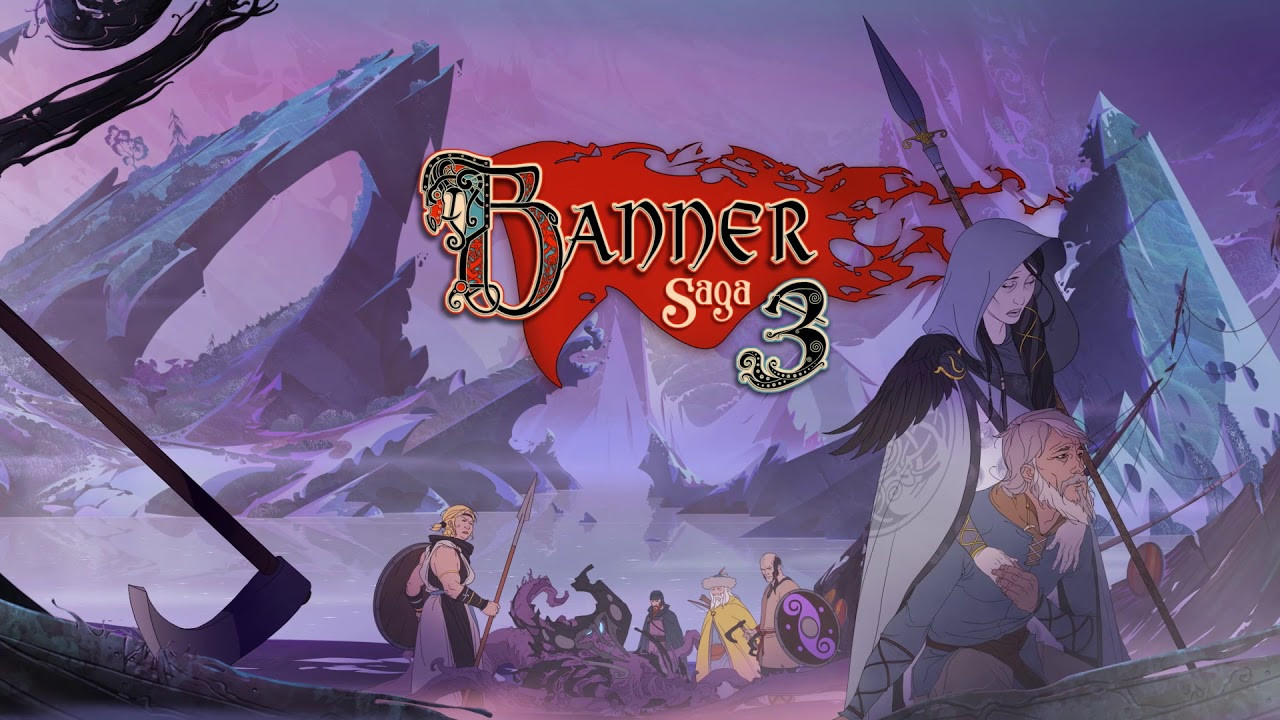 The epic journey is about to end. Stoic has announced that The Banner Saga 3, the final installment in their narrative-centric, choice-driven tactical RPG series, will release on 24 July for PC, Xbox One, PS4 and Switch.

Aside from announcing the release date, Stoic and Versus Evil took the chance to detail the game’s different editions. The game will have a Standard, Deluxe and Legendary edition. The Deluxe Edition packages the base game along with the game’s official soundtrack, digital wallpaper, world map, and the “Gold Wasp” in-game title. The Legendary Edition comes with everything included in the Deluxe Edition along with an exclusive “Shadow Walker” heroic title, the “Petrie Clan Ring” legendary item, and a digital copy of the prequel novel entitled “Gift of Hadrborg”.

The Banner Saga Trilogy will also be released which collects all 3 games into one purchase and should be the best way for new players to jump in. The collection comes in a Deluxe Edition on Steam that also includes the digital soundtrack for all 3 games, digital wallpaper, digital copy of the world map, and the “Gold Wasp” title. 505 Games is set to publish a Bonus Edition of the Trilogy for retail, adding in an art book, poster, best-of soundtrack, and an in-game item.

Pre-orders are now open for the PC and Mac versions of the game over at Steam. Pre-ordering will grant fans the Dredge Ally Pack. This bonus grants you a rank 10 Dredge Stoneguard character named Kivi, the unique “Tank” ability, the”Sculptor’s Tools” item, an exclusive Dredge Heraldry, the “Shield Cleaver” heroic title, and an exclusive overture track from Austin Wintory. 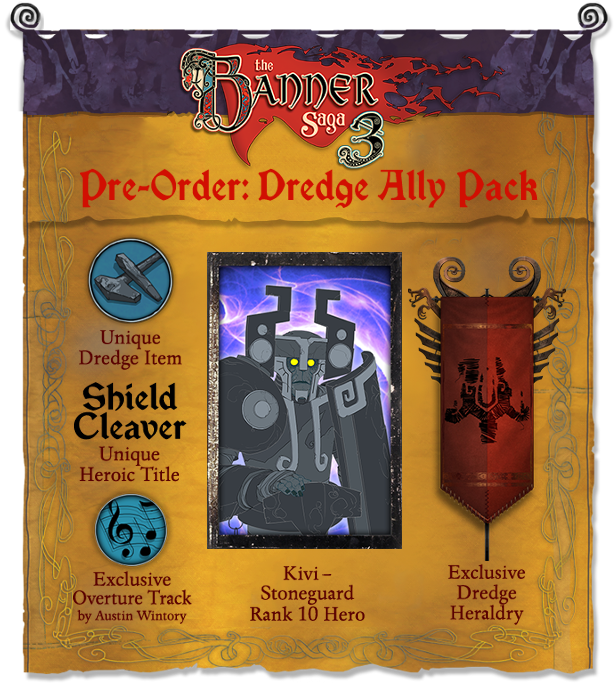 The Banner Saga 3 will see a dark force take over the world as players make harder choices, recruit new characters, and engage in deeper strategic combat. The game will also feature an all-new original score from Grammy-nominated composer Austin Wintory. Lastly, none of your heroes will be safe as the game features different climactic endings based on all your decision, starting from those that you made in the first 2 games.

Finally a release date. Hope this one is as good as the other 2 games.

This is one of the most anticipated games, hope the developers live up to the expectations!

Hello there,
I wanna play The Banner Saga 3 soon i loved it so much