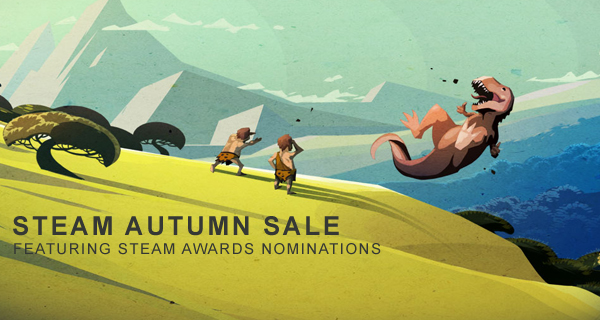 If you can’t find a game you’re interested in from those mentioned, worry not because there are 13,447 titles currently on sale.

Now on to the Steam Awards Nominations! This year, the prestigious Steam Awards will be taking nominations from the Steam Community. Yes! That’s right! You can nominate ANY Steam game you want. The awarding will be on December.

The following are the categories for nominations:

The “I’m Not Crying, There’s Something In My Eye” Award – For the game that brought you to tears

The “Just 5 More Minutes” Award – For the game that you can’t stop playing, it makes you play late into the night

The “Whoooaaaaaaa, dude!” Award – For the game that totally blew your mind

The “I Thought This Game Was Cool Before It Won An Award” Award – For the game that is a hidden gem before, and is now about to win an award, and that you think you yourself found cool first before anyone else did

You can nominate your favorite game/s that fit the categories above HERE.

Have you thought of games to nominate? Let us see your list in the comments below!