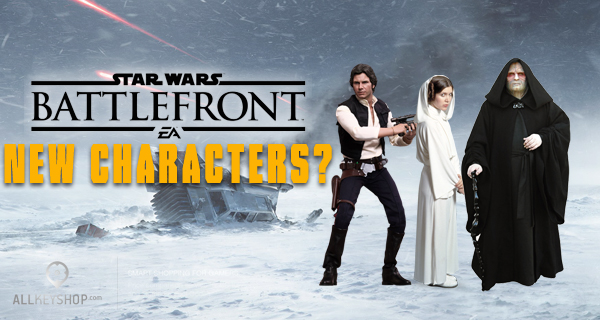 It was already known that Luke Skywalker, Darth Vader, and Boba Fett will be playable in Star Wars Battlefront. Now a few more legendary characters have been discovered in the game.

A Reddit user TheeUberMedic did some digging on the files of the on-going Star Wars Battlefront beta and found a file called “characters.cb.” There, he found references to Han Solo, Princess Leia, and the Emperor.

The Reddit user has also found references to a random file called “Hero Battle,” and claims to have found a directory of weapons and vehicles, which he will reveal soon. Because of the leak, EA has changed the names of their files, probably to stop this kind of thing from happening again.

In a recent update to his Reddit post though, TheeUberMedic revealed that EA has also removed the two game modes “Heros vs Villains” and “Hero Hunt” from their official list of game modes. He still claims that he has seen both game modes to be confirmed ones included in the game. “EA has since I made the last edit taken off the two gamemodes from their list. But trust me, I saw them there. Hero Hunt and Heroes vs Villains CONFIRMED,” his post stated.

Heroes vs Villains are special unlockable Battlefront characters that players unlock through a power-up found on the map. The characters have super-abilities that make them formidable foes on the battlefield and a force to reckon with. So far, only Luke, Darth Vader, and Boba Fett have been confirmed by EA, though the publisher did mention that they are only a few of the Heroes and Villains that we will be seeing in the game.

Star Wars Battlefront officially releases on November 17th, a month earlier than the upcoming movie, Star Wars Episode VII: The Force Awakens. The game will be available for PC through Origin, PlayStation 4, and Xbox One.

new characters in star wars battlefront which is a famous game. this is a good news