EA has announced the much awaited Star Wars Battlefront 2 release date, as well as some details about the game, during the Star Wars Celebration on 15 April 2017. The game will be officially released 17 November 2017, and will be available for PC (via Origin), Playstation 4, and Xbox One.

Star Wars Battlefront 2’s single-player campaign is set after the events on Return of the Jedi, covering a span of 30 years between the said movie and The Force Awakens. The campaign’s main character is Iden Versio, an Imperial commander who’s out to seek revenge for the Emperor after the destruction of the Death Star. Some missions will be played by well-known characters such as Luke Skywalker, and Kylo Ren.

As for its multiplayer mode, its matches can include up to 40 players. It features a class system for Troopers which can be upgraded, or customized according to your play style. Heroes are also making a comeback, some of those confirmed were Yoda, Darth Maul, Luke Skywalker, Kylo Ren, and Rey.

And if you’re wondering if vehicles will be included, the answer is, a resounding YES! These are also customizeable, just like the Troopers.

Get to know more about the Star Wars Battlefront 2 release date and more details in this Reveal Trailer: 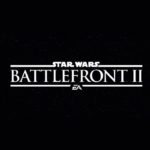 Save the Date! Star Wars Battlefront 2 Trailer to be Released in April!