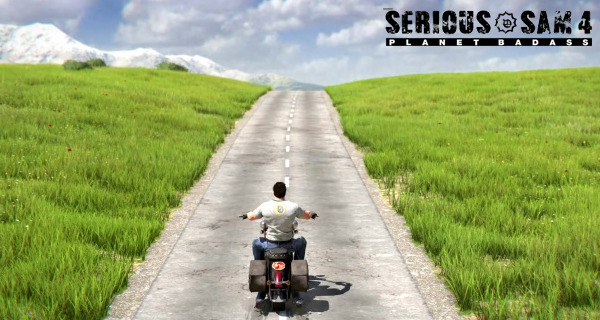 Serious Sam 4 Planet Badass has finally been announced by Croteam and will be a prequel to the classic and much-loved FPS series.

There isn’t a lot of information to go on at the moment, but the game’s official page at croteam.com reveals a little bit, telling us that we will be able to fight through unprecedented numbers of Mental’s Minions, such as the Headless Kamikaze, Rocketeer, Kleer, Scrapjack, Werebull, and Khnum.

Here is the Serious Enemies trailer:

There will be new enemies to face-off against too, including the Processed, Belcher, and the Zealot, as well as plenty more.

The Serious Sam franchise is well known for its over-the-top weapons and Serious Sam 4 promises even more carnage with weapons such as the double-barreled shotgun, minigun, chainsaw launcher, cannon, and a new auto shotgun available to choose from when slaughtering your enemies.

You will also be able to upgrade your weapons, gaining use of the lock-on rocket launcher, and of course the mighty laser beam of death.

Watch the Serious Battles trailer below:

The campaign will be available to play through with friends in 4-player online co-op, as you smash your way through missions, side quests, and enjoy modified difficulties for the extra challenge.

The game features a new Legion System, which will see battlefields full of thousands of enemies, offering some of the biggest moments in the history of the Serious Sam franchise.

Serious Sam 4 Planet Badass launches in August 2020 and is available for preorders, with no specific date yet announced, and will be available on PC.