PlayerUnknown’s Battlegrounds cheats will soon be completely removed from the game, its creator, PLAYERUNKNOWN, said in a statement. While the game is still in Early Access, the creator and his partner studio, Bluehole, Inc., has put all the game’s basic systems in place, and the next step is to focus on security and fairness.

According to his post on the Steam Community, PLAYERUNKNOWN said, “This is not a simple task, as tackling cheaters is a constant battle, but we are confident that over the coming weeks and months we can implement new measures to make it harder to cheat in the game. This week alone we closed two major holes that allowed current cheats access to the game, and as we move further through Early Access we will continue to track down and further secure the game from those that don’t want to play fair.”

He also added that talking about cheating is discouraged, and will be removed from the game’s public forums.

“…not to try to hide it from players, but rather to ensure that those that cheat get no exposure to the public, which is something most of them desire! We hope you understand this point, and bear with us as we work to clean up the game,” he said.

What do you think of this move? Let us know your thoughts in the comments! 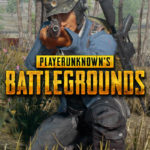 PlayerUnknown’s Battlegrounds In Steam has sold about 1 Million units since the launch of the game in Early Access. It is quickly becoming very popular game