Fans of the paranormal should read on, for those of you who scare easily, please read with caution as below there are ghosts, ghouls, and illusions that some may find scary.

Phasmophobia is a horror game taking Twitch by storm in what many streamers have dubbed “Shocktober.”

Although only in Early Access, it has already found a dedicated following thanks to its replayability, terrifying locations, and multiplayer.

Below we have written a beginner’s guide to the game for anyone brave enough to venture within. For me, I will be inside my VR headset chasing ghosts. Oh, yeah, this game is also available in virtual reality.

In Phasmophobia, up to four players visit various places to collect and record evidence of paranormal activity. You can either play Phasmophobia alone or with up to three other Ghostbusters.

If you want to play alone, it’s as simple as starting a lobby, choosing a location, and clicking Start.

If you want to play with others, you can join someone else’s game by clicking on it, entering the code supplied, or creating a lobby and inviting others to join.

The game’s beauty is that it creates a unique atmosphere by using an in-game push-to-talk voice chat.

Talking to your fellow ghost hunters will require you to push the default V key to speak to those within range, or the B key to use your radio and talk to those out of speaking range.

Be careful, though, as the ghosts can also hear your cries, and certain words or too much chatter may trigger a reaction making you the one now hunted.

The game recommends that you download the English language pack in Windows and set the voice recognition to English.

It’s important to remember that Phasmophobia is still in Early Access, and the voice chat can be a little buggy at times.

If you are struggling to hear your fellow hunters, it is worth checking that everyone has their microphone set as the default in Windows and game.

We also recommend putting the game in windowed mode rather than using alt-tab and restarting the round if need be.

The first thing you should do is read the instructions laid out on the whiteboard in the truck. Pay attention to all objectives, as completing each one will reward you with more money at the end.

Also, in the truck, you will find the items you have purchased. Each person can equip three at a time, so choose wisely before leaving, although you can return to the truck at any time and swap items if need be.

Step 5: Proof of your diary

Diary – Put it down so that ghosts write something in it

Torch – Let there be light

Camera – Take a picture of the ghost

Once you have been on a few missions and completed some objectives, you will earn enough money to buy more items.

We recommend that you read every mission carefully before starting it so that you can purchase the correct equipment for the objectives ahead.

Each round will have you start in your truck, with you able to equip items and read up on your objectives and information, including the ghost’s name and whether it attacks individuals or groups.

We suggest that your group always carries at least one thermometer, crucifix, and incense sticks for your early missions.

Oh, and don’t forget your torches. It gets real dark without one.

The truck is where you can see useful information, such as your group’s sanity and ghost activity levels.

There is also a PC that you can use with a camera to check for “ghost orbs,” or you can use it to watch a fellow hunter run around in circles in panic when the lights go out. 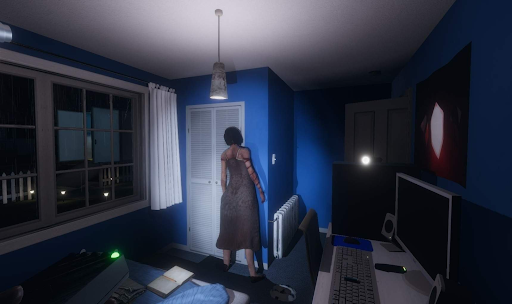 Just a piece of advice, always remember to pick up the key sat next to the PC before every mission.

Hit the keypad next to the truck’s door, and off you go. You have five minutes to explore the location and place any equipment down before the ghost appears.

Once in the location, you should try and find the room the ghost is haunting.

You may not want to, but splitting up is the best chance you have of finding ghost activity. Make use of all the tools you have. 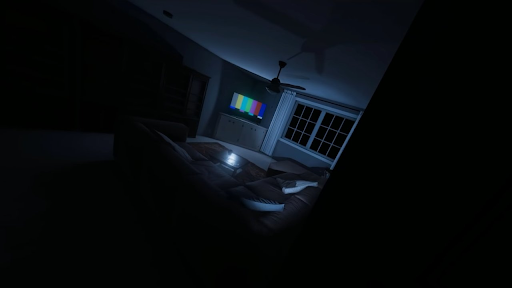 When you have a potential room, you may ask the ghost questions via the spirit box (radio).

There are different ways to get answers from a ghost, including using various items such as the ouija board, spirit book, and even whiteboard.

We warn you, though, specific tactics will provoke the ghost and cause it to be very aggressive. And when the lights are out, and the radio cuts out, nobody will hear your cries for help. 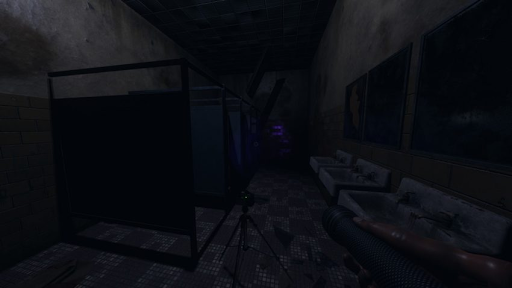 Speaking of light, from time to time, the lights in the building will go out, forcing you to have to find the fuse box.

Keeping the lights on will save your sanity levels from dropping to zero, keep you alive, and, most importantly, keep the ghosts away.

If you fail and you die, you will continue within the game as a ghost. Your team, however, will no longer be able to see, interact, or communicate with you.

To complete the challenge, you must find and correctly identify the right ghost. Make sure that every member of your team enters the correct information into their diary for maximum profits. 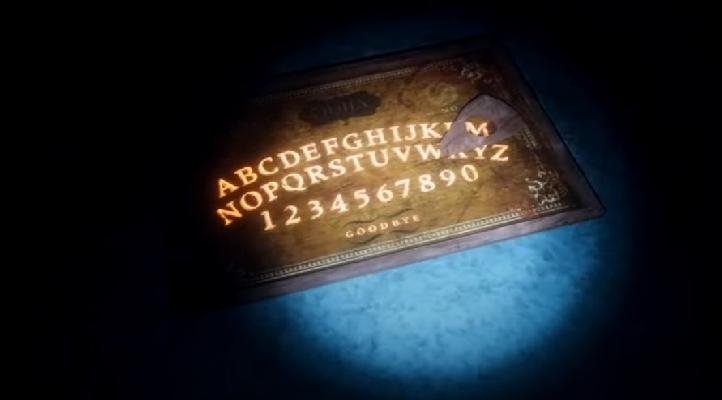 After each mission, you will receive experience points, which will gradually unlock new items and difficulty levels.

Fear of the Dark?

With Halloween fast approaching, there is no better game to jump into right now.

If you like your horrors and your scares, Phasmophobia does both in abundance. Its use of voice chat, its multiple locations and ghosts, and its availability in VR and non-VR puts this game as the must-have for Halloween 2020. 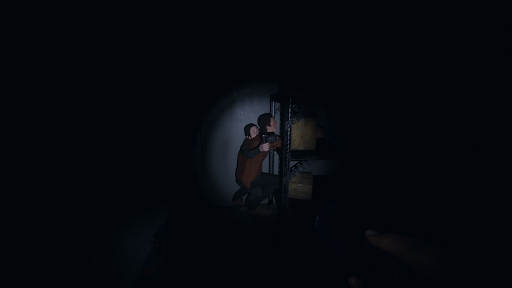 The developer promises more ghosts and locations at the full release of the game. On their Trello roadmap, they outlay plans for a mode where players can control the ghost and a standalone quest release.

For the time being, though, the question is, are you brave enough to enter the game?

If yes, how about VR Horror in Full Effect with our selected Virtual Reality Gaming Gear!

WHAT VR HEADSET IS THE BEST FOR PHASMOPHOBIA?

Below are some of the recommended VR headsets for Phasmophobia: