November 2016 Game Releases: All the Details You Need to Know 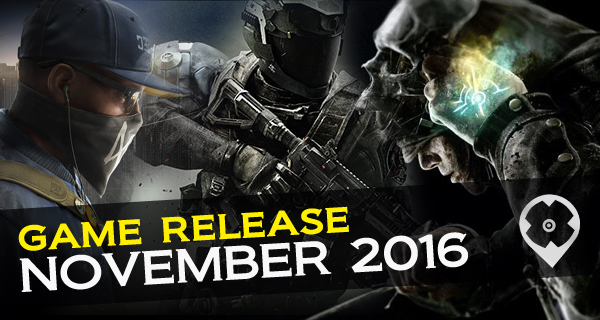 The year is almost done, and here we are listing down the November 2016 Game Releases! This month is another action-packed month with big titles coming out such as Watch Dogs 2, Dishonored 2, Call of Duty Infinite Warfare, and Football Manager 17.

If you’re looking for new and fresh titles to play, you can also go ahead and check out the other games included on our list.

Of course, as always, you can score these games at the best possible price in the market by comparing CD key stores.

Which of these games are you looking forward to playing? Show us your own list in the comments!

Super Dungeon Bros is a fast-paced, rock-themed, co-op dungeon brawler featuring four “heavy metal heroes”. You can choose to play with your bros in online or offline co-op, or take on the dungeons on your own. Fight hordes of evil dungeon monsters, gather epic loot, and find your way inside the medieval fantasy world of Rökheim! Choose from over 20 weapons from 4 weapon classes. Increase your wealth in epic fun mini missions. Compete with friends from all over the world in daily and weekly dungeons, too!

The Sims 4 City Living expansion allows your Sim to experience living in a city. The city of San Myshuno has everything your Sim will need from unique neighborhoods, cultural festivals, apartments, and even metropolitan careers!

Nebula Online is a cross-platform sci-fi MMORPG set in space. Fight global space battles and choose from three different races (Humans, Borguzands and Kriptizids). Use modules to assemble your unique ships. Take control of your economy, build space stations, explore the universe, vote for leaders, and occupy foreign territory – there’s so much you can do in space!

Play on asphalt or dirt in Moto Racer 4! This racing game features lots of challenges in different game modes, plus different environments with different terrains. You’ll also get to customize your bike, and even play in single player or multiplayer with up to 10 players online!

Call of Duty Infinite Warfare promises to bring something to every Call of Duty fan. The game features three unique game modes (Campaign, Multiplayer, and Zombies). In Campaign mode. your mission is to lead the remaining members of the coalition forces into space to fight a relentless enemy. In Multiplayer mode, you’ll get to battle it out in maps set in different environments and also use a variety of weapons and combat rigs. In Zombies mode, you’ll get to battle it out with the undead in a 1980’s amusement park. Easter eggs, perks, and radical weapons are just some of the awesome things you’ll discover as well. 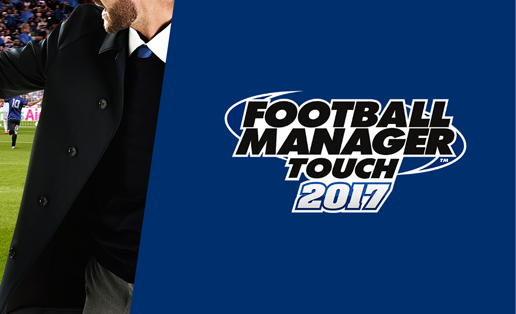 Football Manager 2017 promises players that it is “the closest thing” to doing a Football Manager’s job for real. You’ll get to manage over 2500 real football clubs and more than 500,000 football players and staff. The game also allows you to get full control of tactics, pitch-side instructions and team talks. You can also follow your match live via the game’s 3D match engine. And just like in the real world, you’ll also have to deal with media, player happiness problems as well as the board who’s keeping an eye on your every move.

Transport Fever lets you experience being a transport tycoon. You will start from the year 1850 and watch yourself build your transport empire as the years go by. Enjoy two different game modes (Endless game and Campaign mode), more than 120 trains, aircrafts, ships, buses, trams and trucks, and over 25 challenging achievements. You’ll also get to upgrade your train and bus stations, harbors, and airports. These and so much more are all waiting for you!

Do you have what it takes to manage a high-performance motorsport team? Find out in Motorsport Manager! See how your management skills will fare as you hire drivers, setup an HQ, build cars from scratch, join races, create racing tactics, and so much more!

Meet John Yesterday, the hero who always forgets his past. Due to a ritual gone wrong held way back 500 years ago, John Yesterday finds himself immortal. However, each time he dies and resurrects, he does not remember a thing from the past. Now he has to go on a quest to find an artifact that will allow him to do the ritual all over again along with his partner, Pauline Petit,

Tyranny is an adventure role-playing game that puts you in the shoes of the Fatebinder, the one who has the power to shape the lives of thousands. As someone who’s under the watchful eye of the evil Kyros the Overlord, it’s up to you whether you will use your power for the good of many, or instill fear and cruelty.

Take on the role of a supernatural assassin once again in Dishonored 2! The game allows you to play one of the two main characters: Empress Emily Kaldwin, or Corvo Attano the royal protector. The game also gives you the choice whether to play using purely stealth, or engage head-on in combat, or a combination of both. The story will also respond to choices you will make along the way, so it’s pretty interesting how things will turn out.

Create, manage and share! Planet Coaster is a parks simulation game where your objective is to create the best coaster park there is! There is a wide variety of objects, scenery pieces and blueprints you can use to build your coaster park. After building, get your management skills running and take on different game modes to challenge yourself, or build your reputation. Share your designs to the community and watch how you can create the best coaster park!

Execute the greatest hack in history in Watch Dogs 2! Play as the brilliant young hacker Marcus Holloway, and team up with a group of hackers called DedsSec to take down an operating system used to monitor and manipulate citizens by criminal masterminds.

The Crew Calling All Units

The Crew Calling All Units expansion will bring players to the side of the law. Play as cops and enjoy 10 new levels, new police missions, new vehicles, and more free driving!