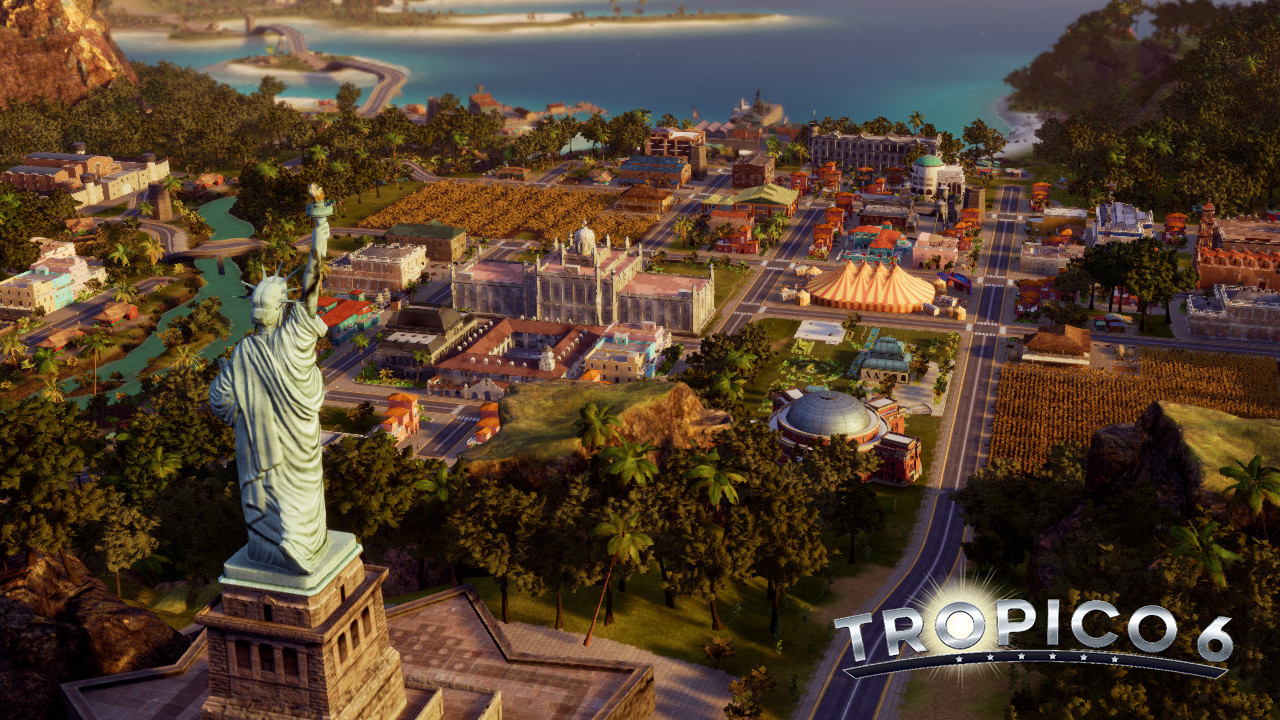 Kalypso has released a new trailer for their upcoming city management sim, Tropico 6, highlighting some of the game’s new key features. El Presidente is coming back and he’s got a few more tricks up his sleeve this time around.

The trailer starts off by showcasing your nation’s landscape. Tropico will be made up of multiple islands. Because of this, the game will be introducing new ways for citizens and tourists to get around, including building bridges, constructing tunnels, and setting up a network of taxi, bus and aerial cable car routes.

A key addition is the ability to send out spies and pirates to steal world wonders. If you pull the heists off successfully, you could have the Eiffel Tower and the Statue of Liberty sitting next to each other, while other key landmarks improve the aesthetics of your many islands.

Watch the trailer below to see all of these in action:

Election speeches will be returning for the 6th installment, allowing players to woo citizens with outrageous promises. It’s the sort of humor the series is known for, and a jab at the reality of politics outside of the gaming world.

Tropico 6 is set to launch this year for PC, Linux, Xbox One and PS4. The game will also feature cooperative and competitive multiplayer for up to 4 players.

Really enjoyed the other installments, a city building simulator with a political twist, the visuals are beautiful and the gameplay is real good, this one looks promising and may bypass its successors’s success!