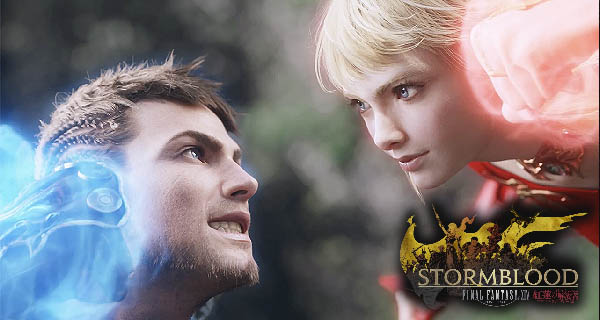 The second expansion called Stormblood actually takes place in Ala Mhigo and your main enemy is a guy named Zenos. “The main concept is getting Ala Mhigo back into Eorzean control from the Garlean Empire,” as explained by Mr. Yoshida.

New zones are also added and your starting zone is a place called Rhalger’s Reach. In addition to the expansion announcements, was the 4.0 update information. The details were not discussed but the information is still greatly interesting.

There will be new jobs that include new equipment for the jobs. There will also be recategorizing and reassessing of skills kind of like an overhaul of the skills system. A level cap increase from 60 to 70 will also be experienced as well as an expansion of the item inventory.

Watch the Teaser Trailer for Final Fantasy XIV: Stormblood below:

The release of Stormblood will signal the cancellation of the game’s PS3 support. Also, Stormblood will require a bit of increase in your PC specs. Mr. Yoshida mentioned that the game can run on a 32-Bit rig but for a better experience, it is recommended to play on 64-Bit.

The Final Fantasy XIV expansion Stormblood will be available for PC and PlayStation 4 by early summer of 2017. More announcements can be expected very soon.