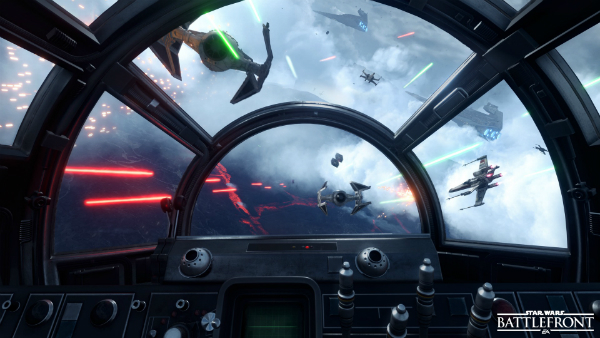 Happening early in October, EA has announced earlier this month that a Beta for Star Wars Battlefront is going to happen, giving fans a chance to give the game a stress test before it gets officially released on November 17th (North America) and November 20th (Europe).

STAR WARS BATTLEFRONT BETA IS AVAILABLE OFFLINE AND IS OPEN TO EVERYONE!

Yes, you’ve read that right. The Beta is available in both their offline and online modes which also includes co-op and split-screen co-op for PC (through Origin), PlayStation 4, and Xbox One.

Another good news revealed through the Community Update is that it is open to everyone. You won’t be required to pre-order the game, or get a beta access code to join – all you need to do is wait for their official announcement as to when it will start, download the Beta as soon as it goes live, and you’re all set! Everett also mentioned that they have “some cool stuff planned” during the live beta, so it’s also something that fans should definitely look forward to.

“Well, we’re excited to say that the beta is open to everyone! Get ready for the beta release date and also make sure your system is ready to download the beta the moment it goes live. Keep your eyes peeled for myself and many other developers during the live beta as we have some cool stuff planned,” said Everett’s post.

“…our team is working hard to continue to gather the proper details around features, modes, weapons, vehicles, and more. We know a lot of the community is eager to get every specific detail around the game, and our team is looking forward to revealing it.”

The Community Update also allowed Everett to answer some of the top questions posted by members of the Star Wars Battlefront community. One of the top questions answered was whether the game will include AI bots in multiplayer aside from other players in the game, and yes, Everett confirmed that there will be 10 AI units on each side in their Fighter Squadron mode.

The Q and A portion also confirmed details on the game’s Deluxe Edition which includes the base game plus the Ion Grenade, Ion Torpedo, and DL-44 which are “unlocked right away along with the exclusive Ion Shock and Victory emotes”. The Deluxe Edition, however, is only available as a physical disc for Xbox One and PlayStation 4 only.

Are you excited to try out the Star Wars Battlefront Beta? What are you looking forward to most? Let us know in the comments below!

beautiful deals and thanks for giveaway

thanks for allkeyshop
You are posting comments too quickly. Slow down.