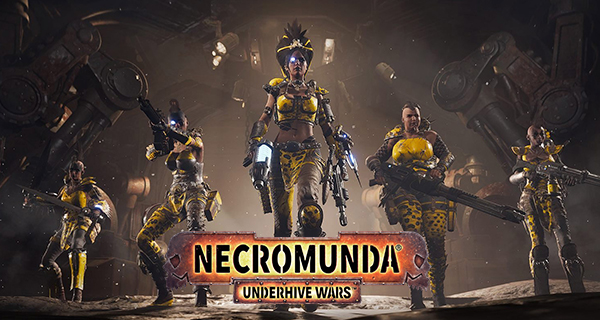 Necromunda: Underhive Wars, the turn-based strategy game from Rogue Factor has had its gameplay features explained in its latest developer update.

In Necromunda: Underhive Wars, players will control a gang of fighters from a selection of Houses, hand-picked by themselves. At launch, there are expected to be three houses to pick fighters from, the Escher, Goliath, and Orlock Houses – choose wisely as each House comes with its own perks and bonus stats.

Gangs will be made up of 15 fighters, with 5 being made active and 10 held back in reserve roles. Selecting fighters will be key if players are to successfully survive the threats of the Underhive. Once players have chosen their 5 active fighters, they will then need to select roles from the fighter’s career choice of Deadeye, Brawler, Heavy, Saboteur, or Lay-Mechanic. 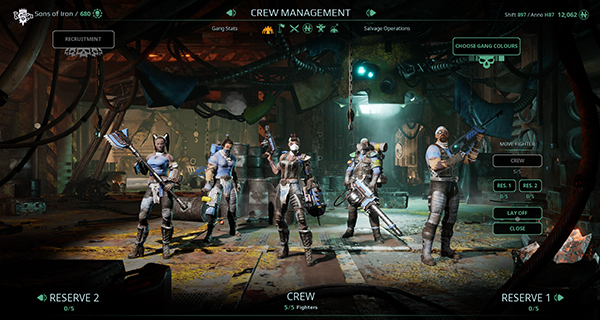 The careers come with their unique skills, perks, and add stats bonuses, with many abilities exclusive to certain career paths. A fighter can gain special Heroic or Order skills if they are made Leader.

As with many turn-based strategy games, your success in Necromunda: Underhive Wars will largely come down to your ability to equip your gang with the correct stats, skills, and equipment before entering the Underhive.

Ranking up your fighters will earn the ability to upgrade a fighter’s primary stats, each of which will have a direct effect on the secondary stats of the fighter, which can be changed by equipment and other things such as injuries.

Skills come in both passive and active, and depending on level, a fighter will be able to use up to 5 active and 5 passive skills at once, with players able to utilize available synergies across multiple fighters. 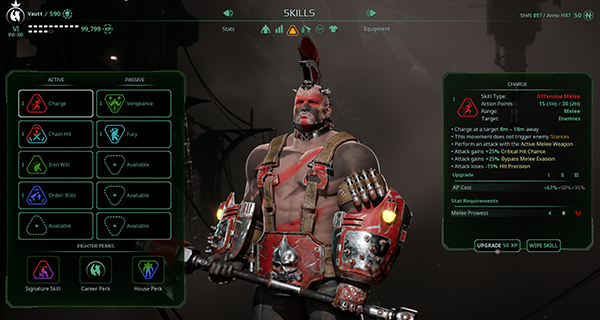 Loading your gang with the correct equipment can be the victory in battle, with fighters equipped with weapons, armor, and consumable items. Equipment can be restricted to certain career paths, and there will be the opportunity to equip fighters with implants and bionics to boost stats. 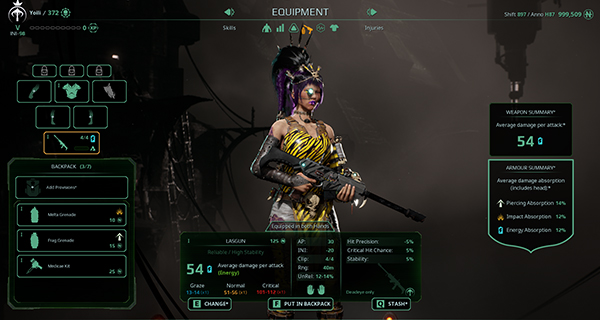 Once suited and booted, battles will take place in rounds. At the beginning of each round, every gang will be able to select one fighter to put into battle, the initiative stat then deciding which of the fighters then takes the first turn of the round.

During a battle, a fighter can use the large battlefields on offer to their advantage, using crates, boxes, bridges, ziplines, and even disused cargo elevators to their advantage. A fighter’s cover is based on the percentage of body visible to the attacker, getting to the high-ground will more than likely save a fighter’s life. 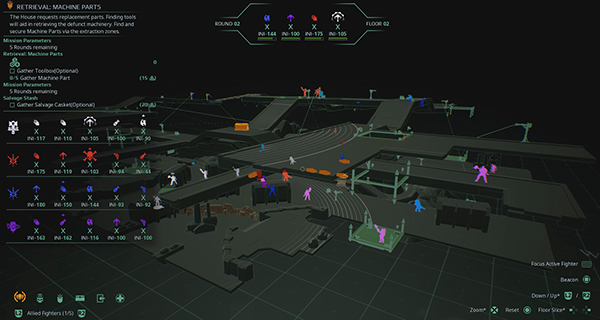 Turn-based strategy games have so many things happening when a battle commences that things can get confusing very quickly. With so much to think about already when deciding your next move, Necromunda: Underhive Wars has a toggle that allows easy switching from the tactical overlay to strategy view, allowing a player to see the locations of all fighters, objectives, and objects during a battle.

Necromunda: Underhive Wars is set to launch in the summer of 2020, and will be available for Xbox One, PlayStation 4, and PC.