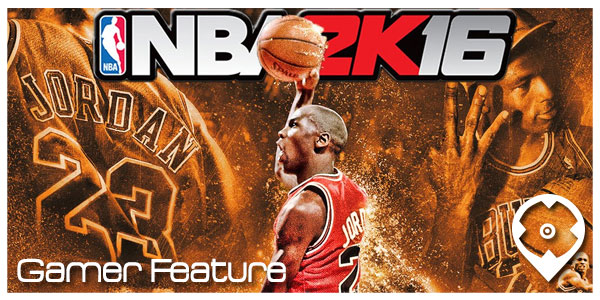 Spread the word to your friends and earn points!

After the excitement of the playoffs, gamer fans of the NBA become even more hyped in anticipation of the next NBA 2K game. Several months later, NBA 2K16 is just about ready to hit gaming shelves worldwide.

NBA 2K16 features not one but three cover athletes. These are Stephen Curry of the Golden State Warriors, Anthony Davis of the New Orleans Pelicans, and James Harden of the Houston Rockets. A special edition will also be released that features Michael Jordan on the cover.

Known as the best NBA simulator in the industry, the newest iteration promises to deliver the most true-to-life NBA experience yet. Award-winning director Spike Lee has been working hard on the revamped MyCareer Mode and players can expect to see a much better narrative this year. Being able to play for a collegiate team should excite gamers too. Team customization has been taken to another level as well with the ability to create custom logos, stadiums and jerseys. Gamers can also choose from 1,500 tattoo designs for their players. MyGM and MyLeague now allows team relocation and you can use the same team customization tools to create a completely new identity for your teams.

NBA 2K16 is set to be released on PC, PS4, Xbox One, PS3 and XBox 360 next Tuesday, September 27. Gamers who pre-order can get the game 5 days earlier with 10,000 virtual currency and the MyTEAM VIP feature.

Make sure to check out the best deals for NBA 2K16 here at AllKeyShop.

Can’t wait to play NBA 2K16? Really excited about one of the new features? Don’t like who they picked as the cover athletes? Tell us all about it in the comments below.

wooooow very nice game i will buy this game

I’m really excited for NBA 2K16! The cover with Michael Jordan is awesome! I’m sure this will be a great game!!