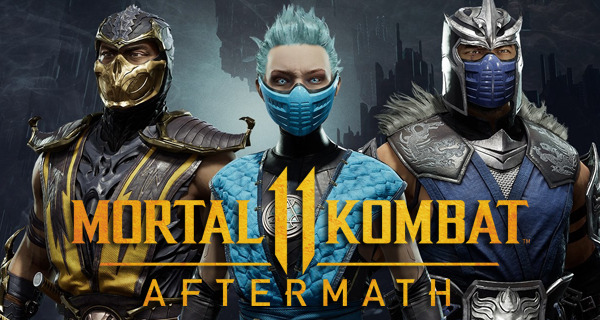 Ed Boon talked about The Mortal Kombat 11: Aftermath Story Mode in a recent interview with Game Informer. There had been some interesting things that popped up for the upcoming mode.

Boon said that there will be five chapters in the mode and each one will be bigger than the previous one.

When asked about the extent of the story mode, Boon answered, “It’s not as big. It’s five very thick chapters,” he added, “Traditionally we’ll have four fights in a chapter per character. This one, some have six. They’re much thicker chapters and longer. We’re really trying to focus mainly on these new characters: Fujin and Sheeva.”

Boon said that fans of the Mortal Kombat series loved the game’s Story Mode which made them decide on it. He said, “Oh, let’s do that. Let’s just hit really hard with a great addition – almost like an epilogue – final conclusion to the story.”

If you are wondering if Robocop will not be a part of the story as guest characters don’t usually do.

Another thing is that the mode will have a type of ‘time travel’ to it with Boon saying, “We saw there’s more that we can tell for this, so we came up with a little it of a Back to the Future Part 2 synopsis; you go back in time and you see the events of it, and then you’re changing the course of history. It ended up very cool.”

The price it’s a bit high but overall it is good dlc. Worth it if you’re a MK fan.