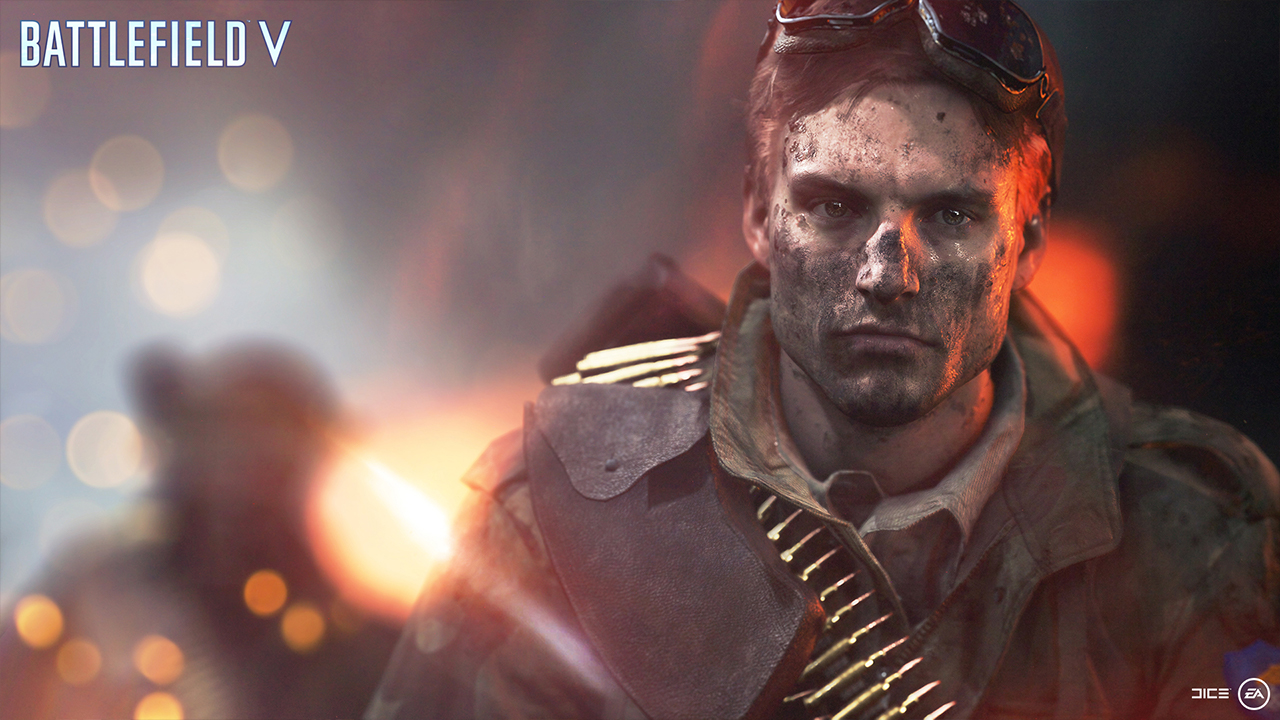 EA DICE has revealed more details on the upcoming open beta for Battlefield 5 in a lengthy blog post over at the game’s official site. Those who want to preview the game before its actual launch will want to check out these details.

The open beta officially starts this Thursday and will run for 5 days. EA Access, Origin Access and Origin Access Premier subscribers, and those who pre-ordered the game will get to start playing 2 full extra days starting today. Pre-loading is also open right now.

Here’s a full breakdown of the schedule:

Now that you know when the beta is happening, how exactly do you join in? Well, here are instructions for each platform the beta will be running on right from the Battlefield site:

EA has also revealed what PC players will need under the hood to run the beta client. Here are the game’s minimum and recommended system requirements: 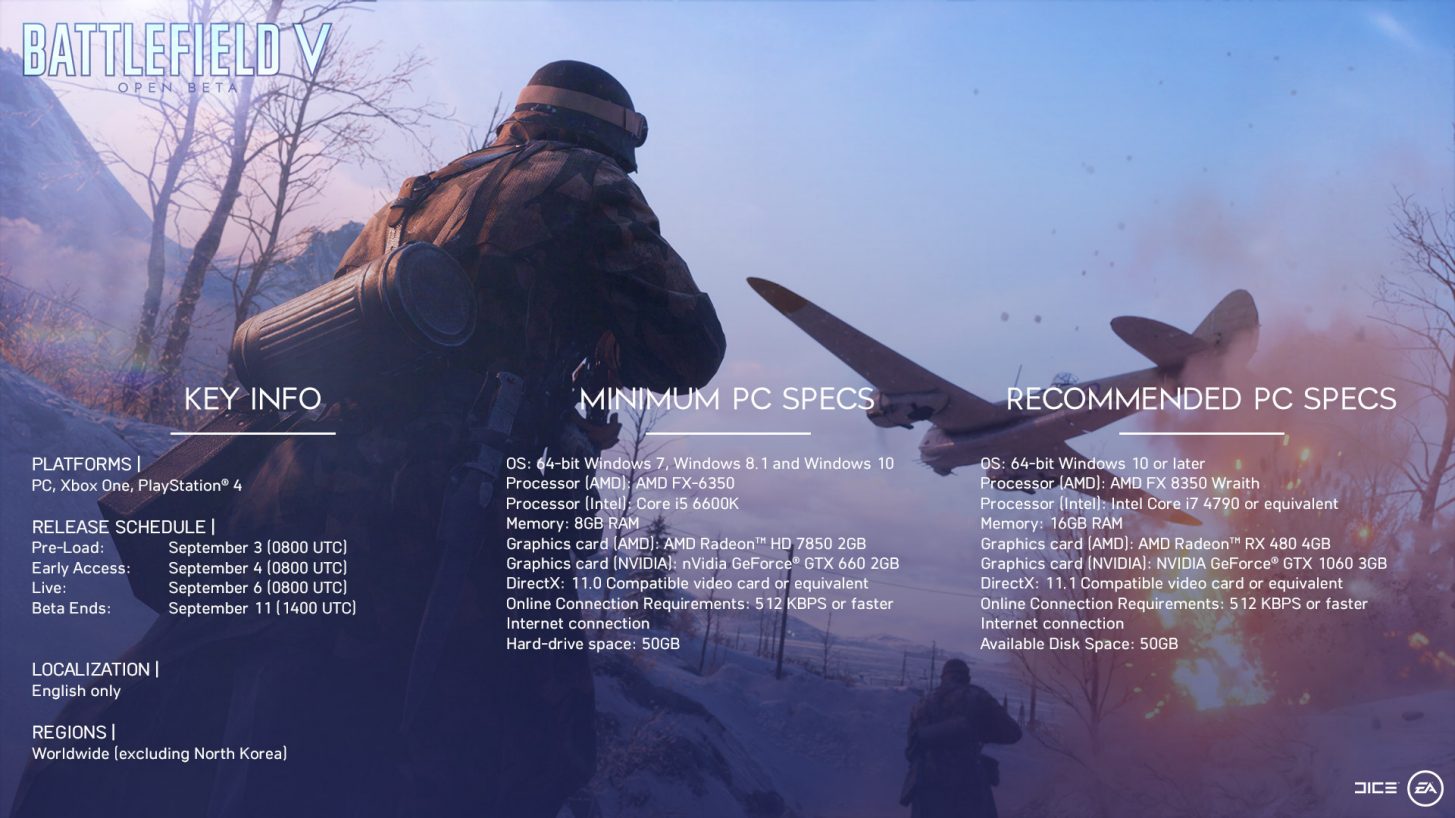 The open beta will include 2 maps and 2 game modes. Players will also be able to experience the game’s progression system including unlocking items and customizing the player’s profile and skill trees. There’s also a multi-part challenge that will let players earn a Dog Tag that carries over to the full game. Check out the image below to find out the details:s 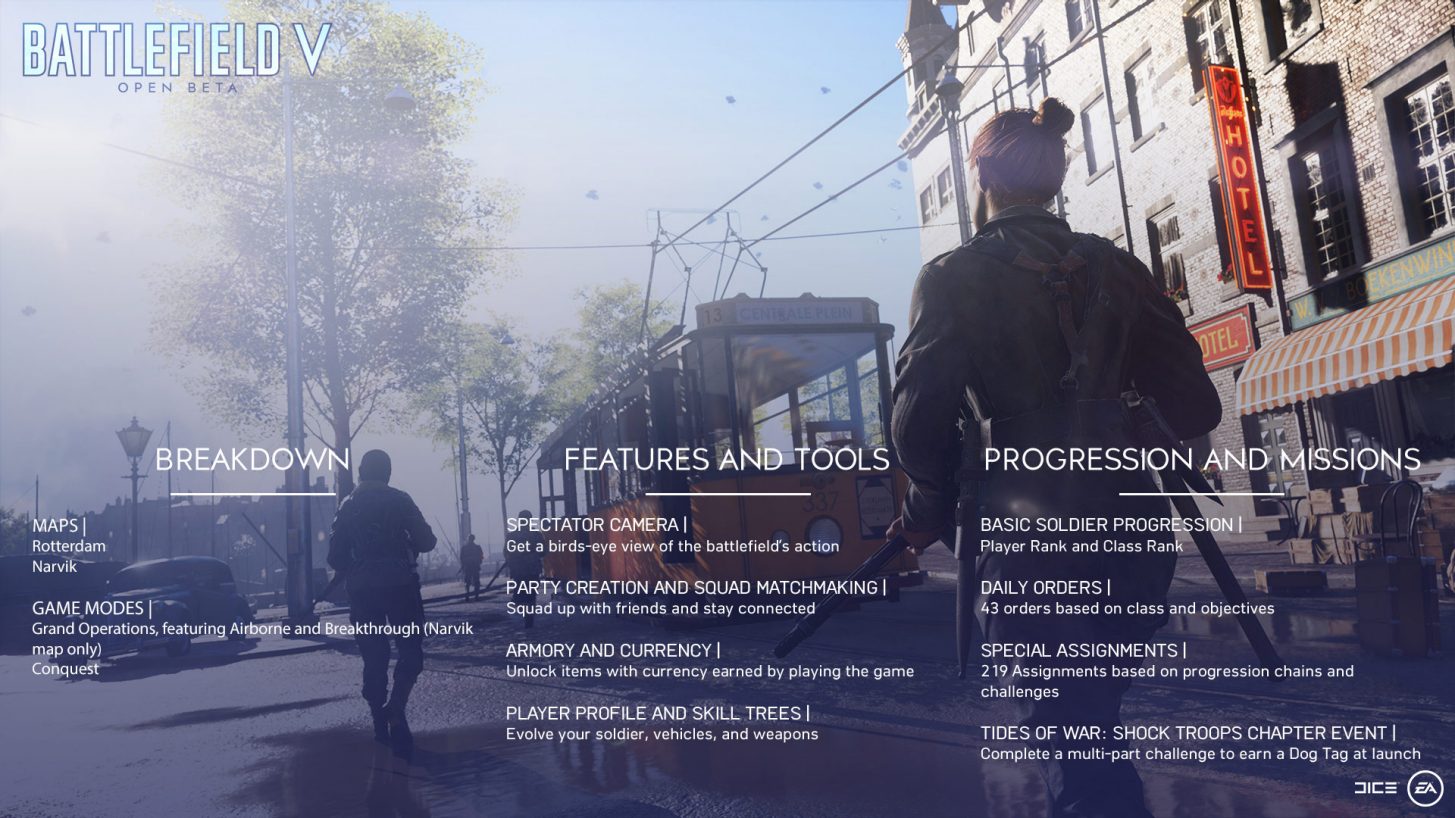 EA was also kind enough to reveal which classes and gear would make players will have access to, as well as the different vehicles and reinforcements that will make appearances during the open beta. You can check out the specifics below: 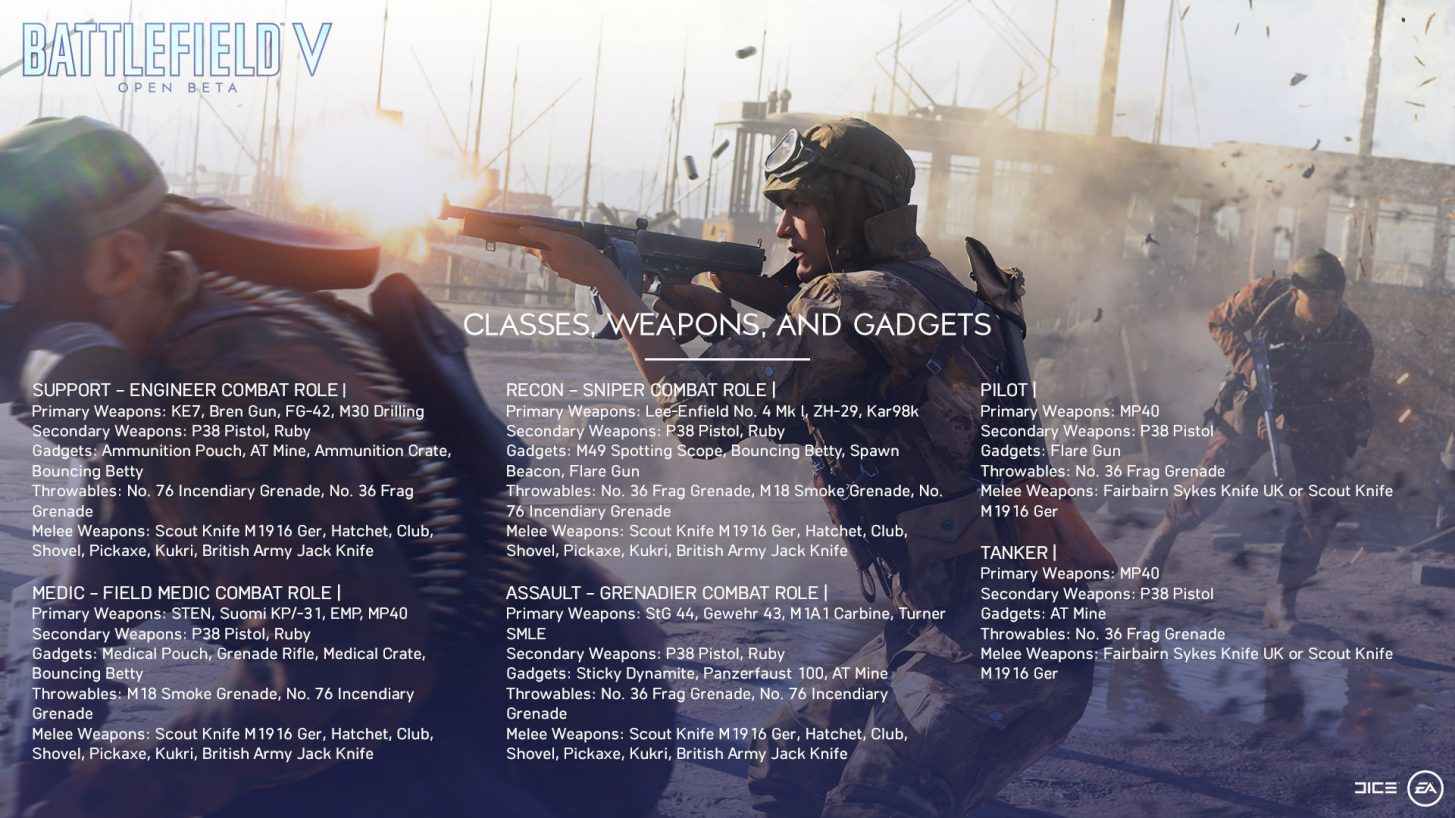 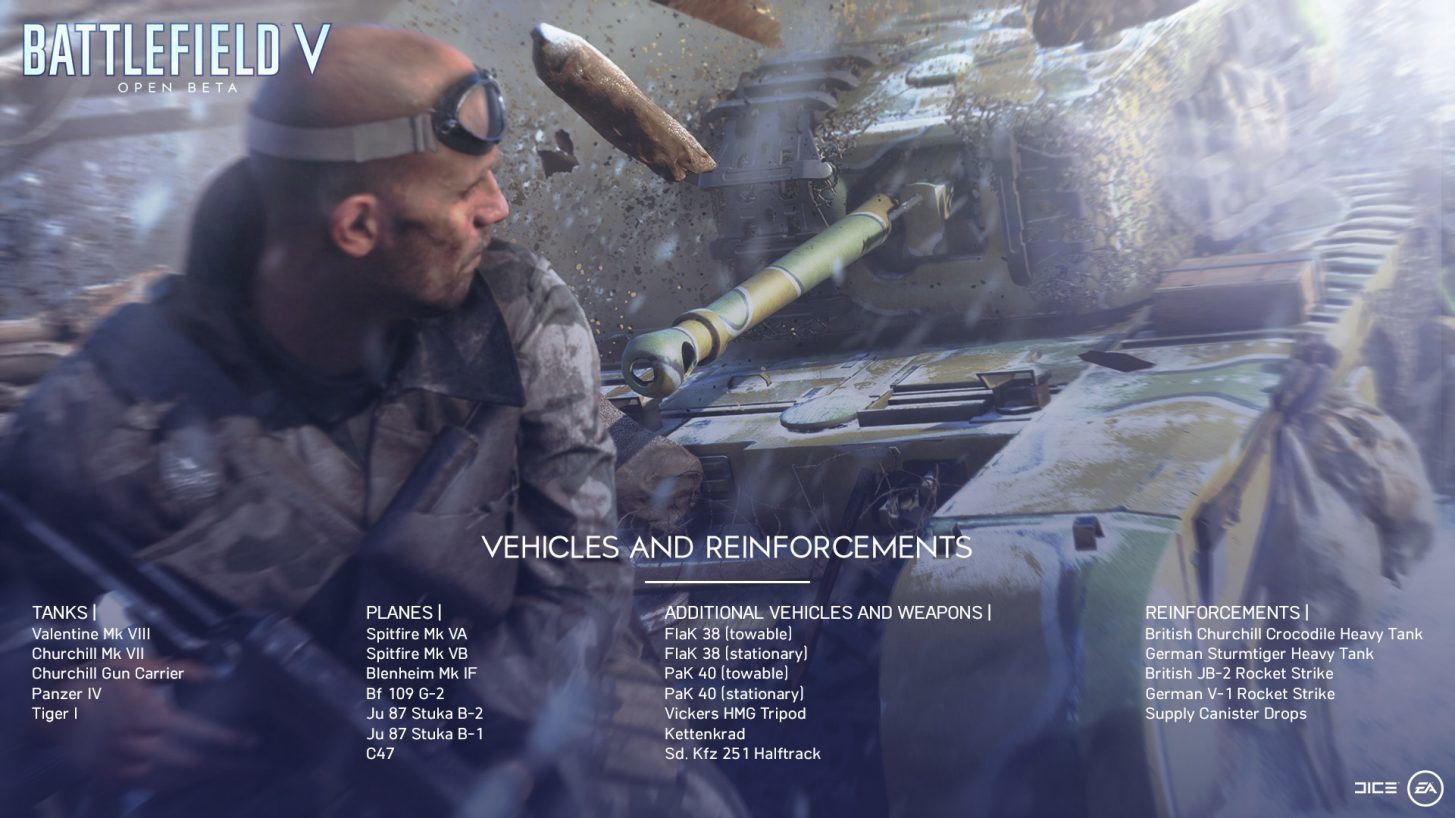 It’s important to note that anything listed here and anything players experience during the open beta may change between the beta and the game’s full launch. Make sure to join in on the fun and tell us all about your experience in the comments below.

Battlefield 5’s release date has been delayed by a month as announced by DICE in a recent blog post at the game’s official site.