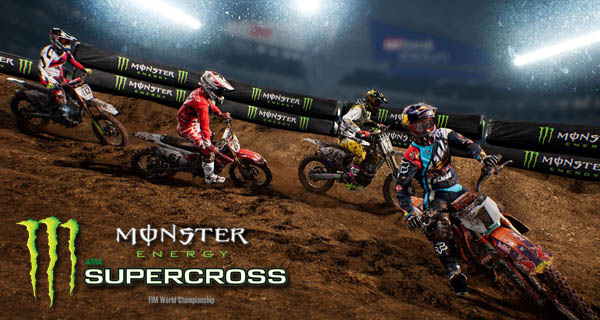 Milestone introduces the Monster Energy Supercross track editor! This is their newest supercross game that will be coming out in February. This new feature is a rare gem since there are only a few modern racing games that have a powerful track editor.

The Monster Energy Supercross’ track editor gives players endless possibilities in customizing and creating their very own tracks which they can also share with other players. The track editor is based on a modular system which means “players can choose among more than 80 modules to be assembled to generate their custom tracks.”

They would first have to choose their stadium which could either be outdoor or indoor which could range from a football or baseball fields. Track building has a lot of pieces for building like curves that would have varied angles, jumps, straits, rhythm sectors and so much more.

Once done, players can upload the tracks and share it with others to be played online or offline. When players “like” your custom track, you will earn “prestige” which you can use to proceed to the championships as well as to unlock special items.

Get to know more about the Monster Energy Supercross track editor in the video below:

Monster Energy Supercross – The Official Videogame launches on 13 February for PC, PlayStation 4, Xbox One and Nintendo Switch. The track editor though will not be available for Switch.