Iron Harvest 1920 gets a new expansion called Operation Eagle. To build on the hype the developers launched a story trailer as well as a gameplay trailer for it. 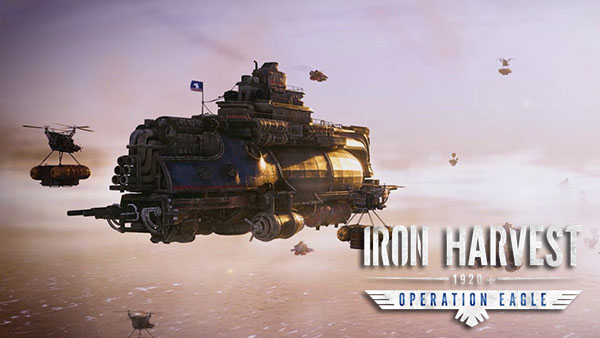 Developer King Art Games is taking the game to the Middle East with its new stand-alone expansion Operation Eagle.

Set in the Saudi Arabian desert, where the Saxony rules. The Bedouin tribes are hoping to get help from the Usonians. The plan is to bring down the Saxonians who have occupied their land. The oil beneath all the sand seems to be the driving force of the occupiers.

Here’s the story trailer for you:

The other video shared by the developers is a 5-minute long gameplay trailer. This features various footage from the game’s new campaign missions. We get to see the airstrikes using canons, a massive airship, ground weapons that can take down flying units, and that flamethrower that brings down the fires of hell right from the sky.

Watch the Operation Eagle Gameplay B-Roll below (make sure to watch out for that flamethrower):

Operation Eagle as mentioned earlier is a stand-alone expansion. This means that you don’t need to purchase the base game in order to play. The expansion is now available, and if you purchased the Iron Harvest deluxe edition, you get this for free.

Not getting the expansion will still grant you perks for Iron Harvest like the new faction Usonia as well as the new Air Units.