15 December 2019 at 12:54 in Allkeyshop Video Gaming News, Gaming News with no comments 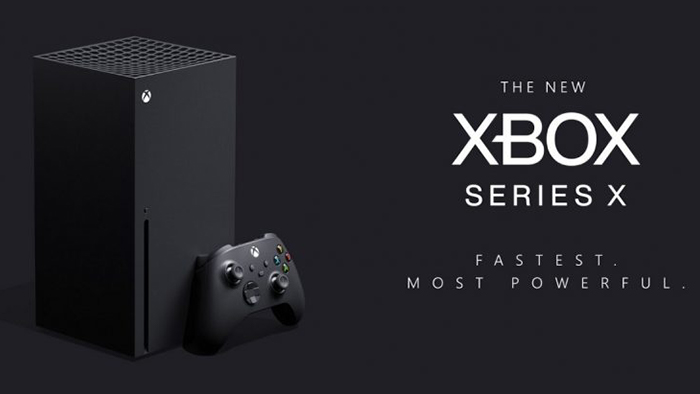 While many tuned in to The Game Awards 2019 this week in support of their favourite games, a lot more most likely did the same in anticipation of new game announcements, updates on upcoming games, and new trailer premieres. So, in case you missed the live show, we’ve compiled some of the best trailers and reveals from the show for you below:

Microsoft has finally dropped the name Project Scarlett and unveiled Xbox Series X. We’re not fans of the name but boy do we dig the aesthetics. Through and through, it looks like the new Xbox is actually a small form factor PC. Oh, and yes, you can place it on your TV cabinet horizontally.

Since Microsoft went and announced their next console, it seemed fitting to announce at least one game that’s coming for it too. Senua’s Saga Hellblade 2 is the first confirmed game for the Series X and it is looking even darker than the original. The trailer above is supposedly captured in-engine on a Series X.

Of course, Sony wouldn’t let Microsoft hog all of the spotlight during the event. Even though they did not unveil the PS5, they announced the first game coming to their next console — Godfall. It is described as a “third-person fantasy looter-slasher focused on melee combat”. It’ll be coming to PC too.

In case you’ve been wondering what Brendan “Playerunknown” Greene has been up to since he left PUBG in the hands of PUBG Corp., he and his new studio teased a new game called “Prologue” during the show. The 30-second teaser was more of a tech demo showing off impressive visuals and effects rather than a proper reveal though.

Riot has created a new publishing label called Riot Forge that will allow developers to create games set within the League of Legends universe. Riot announced two such titles, Ruined King and Convergence. We’ve placed the teaser for Ruined King above.

Sony showed off another game during the awards show in the form of PS4-exclusive Ghost of Tsushima. the four-and-a-half-minute trailer introduced a bit of the game’s story and showed off its impressive visuals. What’s even better is we now have a release window to watch out for — Summer 2020.

While there have been several trailers for the Final Fantasy 7 Remake already, we finally got a full-length one that’s focused on the main protagonist, Cloud Strife. There’s plenty to love here especially if you’re a fan of the original. If you are hoping to see more gameplay, though, this one won’t do much for you.

CD Projekt Red used their time in the spotlight during the show to highlight the music of Cyberpunk 2077. They also revealed the artists lending their talents for the soundtrack which includes Refused, Run the Jewels, Grimes and Ilan Rubin.

Xbox Game Studios has finally given an update on the almost forgotten spinoff, Gears Tactics. Not only did we get an impressive-looking trailer, but we also got a solid release date — April 28th, 2020. The game seems like it will deliver an authentic Gears experience despite being in a totally different genre.

Vin Diesel and Michelle Rodriguez took the stage briefly to announce a new Fast & Furious game. This one won’t be a racing sim, though, but more of a heist simulator. Many characters from the movies are set to appear, including the two stars that announced the game. It’s slated to arrive in May 2020.

While it wasn’t the most impressive lineup of trailers and reveals in the history of The Game Awards, it’s clear that the Xbox Series X stole the show. Even with its confusing name, it’s looking more like the next generation won’t be as one-sided as the current one. Now, it’s up to Sony to bring their A-game with the PS5’s announcement.

Are you excited for the Series X? Which reveal or trailer was your favourite? Tell us in the comments below.