The Ghost Recon Wildlands Narco Road expansion has been announced, and is set to hit store shelves by 25 April 2017. This expansion will be available on all platforms: PC, Playstation 4, and Xbox One.

Players who own the Season Pass will be able to get their hands on the Ghost Recon Wildlands Narco Road DLC on 18 April 2017, one week earlier than the release for non-Season Pass holders.

The Narco Road DLC will bring three new gang bosses who are all led by the El Invisible in Bolivia. 15 campaign missions are available in this expansion, including side missions. Racing challenges, which let you earn fame and followers, are also available.

A new update, which will introduce weekly challenges that refreshes every Wednesday, will also be going live on 14 April on PC. These weekly challenges tie-in with a themed season that lets players explore a story across six weeks. Completing these will reward players with up to three unique in-game items a week. 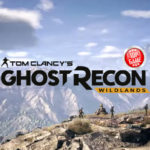 The second Ghost Recon Wildlands update has been released for PC and consoles, and it comes with fixes on almost any of the game’s issues.

Nice news for awesome game, thanks Allkeyshope for every things new in games world.