Get A Glimpse Of The Hellblade: Senua’s Sacrifice Trailer 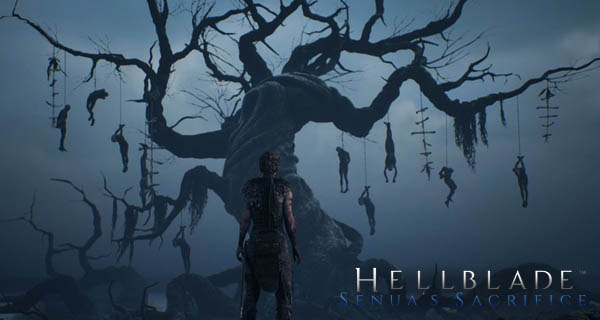 A new Hellblade: Senua’s Sacrifice trailer gives everybody a glimpse of what the game is all about. Ninja Theory’s game is quite unique because it kind of centers on the protagonist’s mental health.

This action-adventure game is based on Celtic as well as Norse mythology. With the new Hela trailer available, where Hela actually comes from the Norse mythology. She is the daughter of Loki and is also the ruler of the dead in the realm Niflheim. Although in the Norse mythology, Hela is described differently as compared to the game. The Hellblade: Senua’s Sacrifice version looks like a giant man-baby head with half of her body in smoky shadows. It looks quite disturbing as you can see in the video below:

“Once again, hell is reaching deep inside of her…Stormy seas and lost souls. She’s dreamt of this before. They say dreams are visions of our memories, hopes, and fears as seen by our inner eye. And what if each one of us is always dreaming even when awake. And we only see what our inner eye wants for us. Is this what hell is? A world shaped by Senua’s nightmares? Maybe, that’s why people fear seeing the wolf in her eyes. Because if you believe that Senua’s reality is twisted, you must accept that yours might be too!”

The game offers a completely new concept that looks absolutely interesting. Hellblade: Senua’s Sacrifice will launch on 8 August 2017 for PC and PlayStation 4. What do you think of the Hela trailer? Share your thoughts with us in the comments below.