Genshin Impact, the action RPG by miHoYo, has finally been released for PC, PlayStation 4, Android and iOS.

Genshin Impact is a free-to-play open-world game and features an in-game shop where items ranging from €1 to €110 can be purchased, including the game’s premium currency, Genesis Crystals.

Here’s how you can download Genshin Impact on your chosen platform:

PlayStation 4 owners can download the game via the PlayStation Store.

For those of you on Android and iOS, Genshin Impact can be downloaded from the Google Play and Apple stores, respectively.

Developers miHoYo promise that with Genshin Impact, players will be taken “to the breathtaking landscapes of Teyvat, where seven gods rule over seven elements.”

Players take on the role of the mysterious ‘traveler’ who sets out searching for answers to find his lost relative and ultimately unlock the last secrets hidden in the world.

Describing what players can expect, miHoYo states that players can “explore the wondrous world of diverse cultures and landscapes, teaming up with more than 20 companions, each with unique elemental powers, to solve the puzzles and mysteries of Teyvat.”

Thankfully, this is only the beginning of the long journey ahead for the game with miHoYo announcing that “After the official launch of Genshin Impact, players will be able to explore two of the seven major cities in Teyvat, namely Moon City and Liyue.”

Each of these cities has a unique cultural atmosphere, with its own background and impressive surroundings. Players can expect different creatures, enemies, puzzles, and hidden treasures within each city.

miHoYo have worked hard on the game, and General Manager Forrest Liu revealed just how much effort had gone into the game. “Over the past three and a half years, our team has done everything possible to create a game with a huge yet beautiful open world that players can explore freely, either individually or together with friends on different devices.”

The hard work so far seems to have paid off with Liu going on to say, “We are so grateful that more than ten million players have already signed up for Genshin Impact on PlayStation 4, PC, and mobile devices. We are already very excited to see them all in Teyvat.” 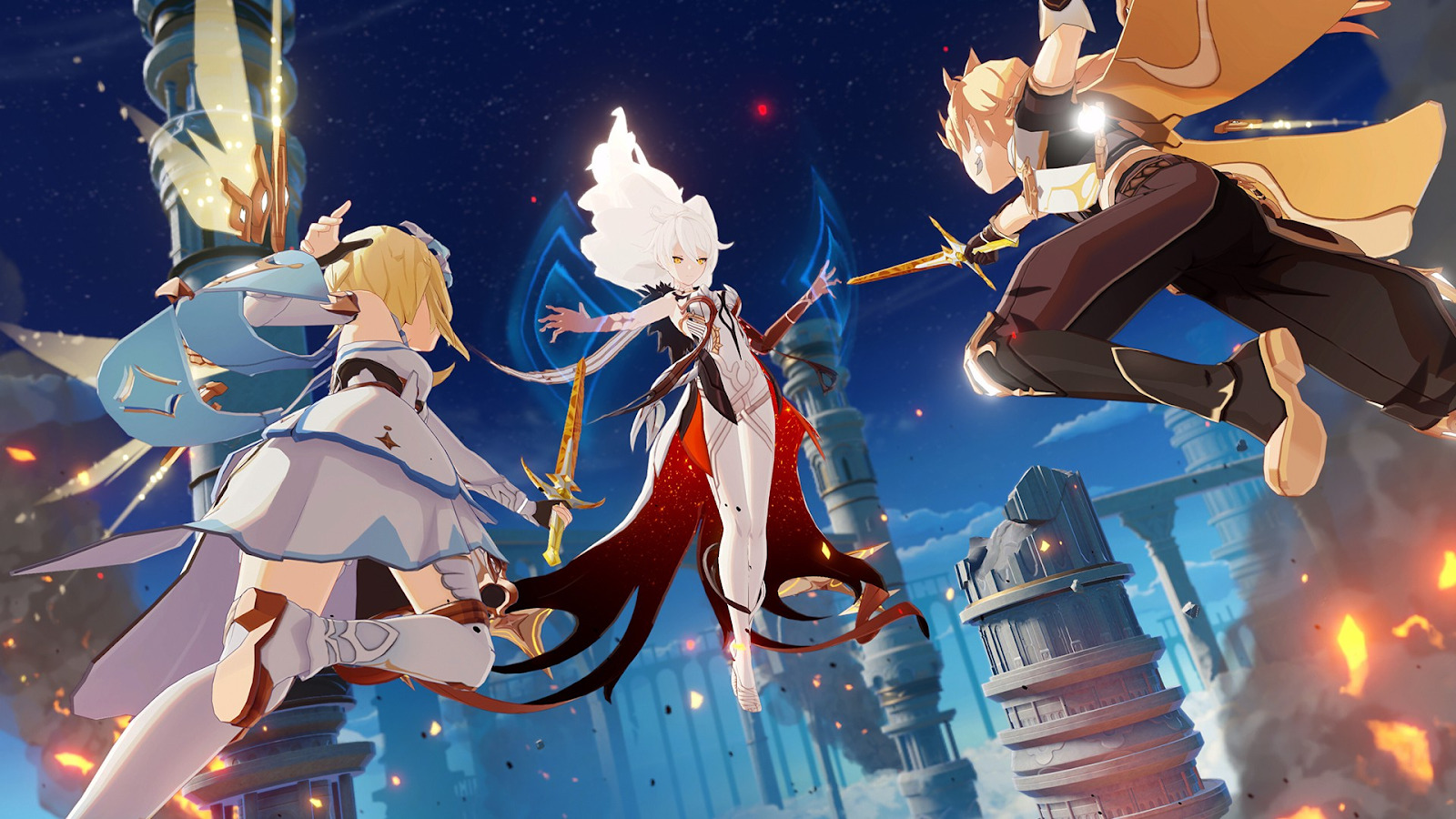 As stated, this is only the beginning of a long journey for players and the developers, with Genshin Impact set to be updated regularly in the future.

New content such as cities, storylines, characters, and seasonal activities already planned. The game will also continue to see optimization for different platforms in the future.

Is Genshin Impact a Rip-off?

Genshin Impact is a Free2Play title based on the so-called Gacha system. Without going into too much detail: In principle, it works like loot boxes. With premium currency, which you either earn with effort or buy for real money, you pay for the chance to get good weapons and/or characters.

The drop rates for the best 5-star characters and weapons are pretty steep. Happy in the sense of “low”. Each grab in the wonder bag costs 160 so-called primogens, the equivalent of about 3 Euros. You then have a 0.6 percent chance of getting the 5-star item out. After 90 attempts, you are guaranteed a 5-star item.

Check out the Characters of Genshin Impact

Check out more Details about this free MMORPG

Restart the Genshin Launcher and after a few tries you will get speed results of around 5 MB/s. Otherwise the Download Speed will get stuck at around 50KB/s.

Mobile: A Comprehensive Guide to the “can my phone run this game” Question (unofficial)

This is an interesting games. Would love to try this.! Thanks.

Will have to try it out! Looks interesting! Thank you!