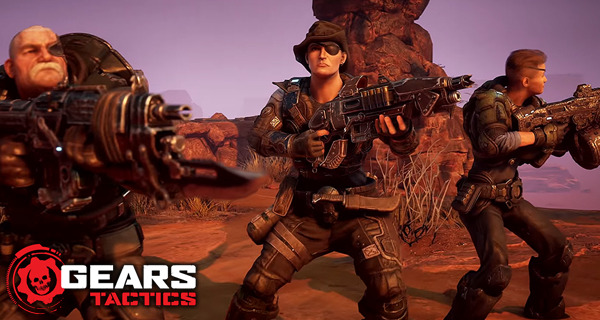 The Coalition and Splash Damage recently released a launch trailer for Gears Tactics ahead of its official release later this month.

The developers promise an immersive and character-driven story and that is very much seen in the trailer as the character models and story premise are introduced. The trailer also brandished character classes and some of the skills you will be able to perform when the game releases.

Players can also expect plenty of customization, ways to extend turns as well some lighthearted humor which shows the personality of each character.

For those who are new to Gears Tactics, it is a turn-based strategy game that was developed by The Coalition and Splash Damage and published by Xbox Game Studios. Gear tactics will be released for PC on the 28th of this month and a later date for Xbox One.

You can find the Gears Tactics launch trailer below:

You can pre-install Gears Tactics on Windows 10 PCs right now if you so happen to be an Xbox Game Pass or Game Pass Ultimate subscriber for PC. You can also pre-purchase the game through the Steam Store and those who purchase Gears 5 before April 28 will save 15% on Gears Tactics.

It is also worth mentioning that The Coalition is in a partnership with Intel. Therefore, if you have purchased the company’s microprocessors like the Intel Core i5 or higher, you will receive Gears Tactics for free.

Thankfully, players don’t have to wait too long before they can indulge in the aggressive gameplay and massive boss battles that were promised.