Everything Revealed in the Latest Nintendo Direct 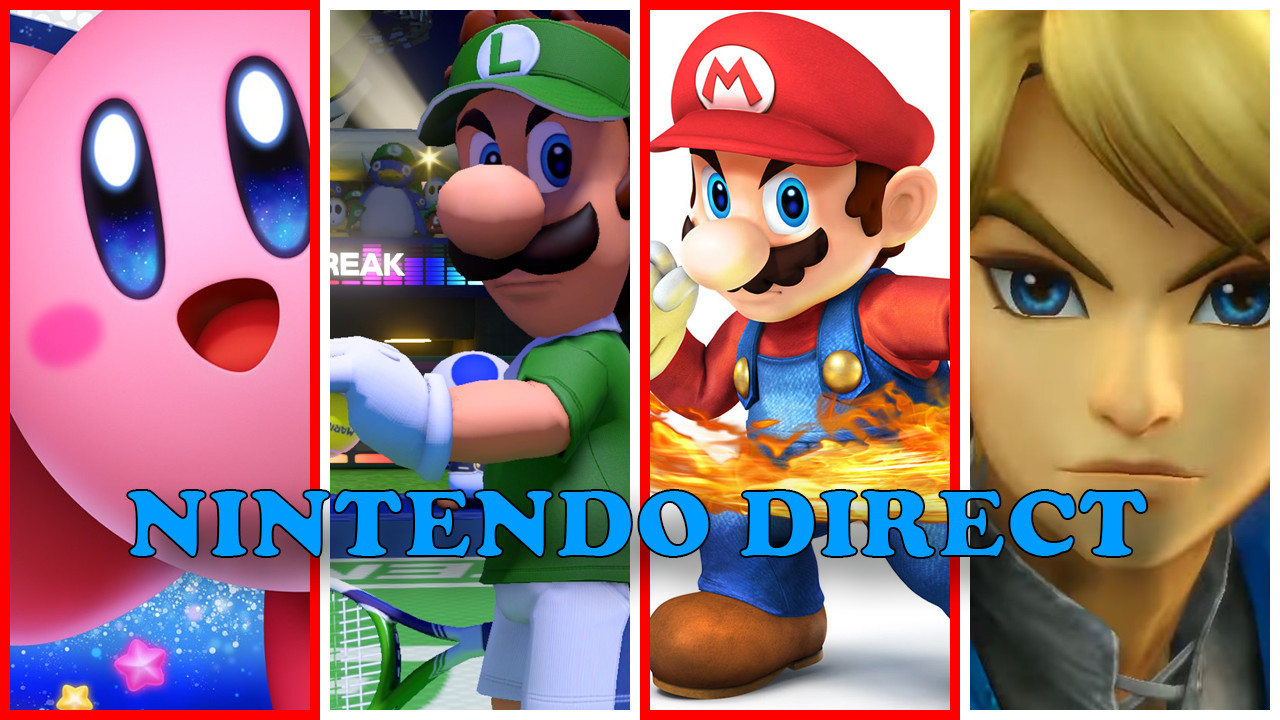 Although it was just a 30-minute presentation, Nintendo was able to cram a lot of things in the latest Nintendo Direct. In case you missed the big revelations, here’s a wrap-up of the entire showcase:

The latest collection of micro games bearing Wario’s name is headed to the 3DS family of systems. Wario Ware Gold will feature a total of 300 micro games comprised of both new and classic entries. The collection will also feature new ways to control games including the use of the console’s touchscreen, tilt controls, and microphone. Wario Ware Gold will launch on 3 August.

The 3DS action meets tower defense hybrid lets your animalized Mii team up with Dillon to beat up waves of transforming monsters. Your friends’ Mii characters can also join in on the action as gunners. There’s some racing action too. Dillon’s Dead-Heat Breakers launches on 24 May while a demo will be available on 10 May.

The DS classic is coming to the 3DS and it’s packing some new features. The kingdom is in trouble as a mysterious disease spreads and the Mario and Luigi have been devoured by Bowser. The player will have to juggle between controlling the brothers and Bowser if you are to have any hope of finding a cure and saving both the brothers and the Kingdom. You’ll also get to play as Bowser Jr. on his very own adventure. The game will launch some time in 2019.

He’s definitely not the Pikachu you’re used to. Pokemon in the city have been behaving oddly and no one know why. Detective Pikachu teams up with Tim, a boy who can understand what he’s saying, to investigate what’s causing the pokemon to misbehave. Can this odd partnership be good enough to solve the case? Detective Pikachu launches on 23 March, alongside a huge 5-inch Amiibo of the electric rodent detective.

The GameCube classic has been remade for the 3DS and Luigi’s spooky adventure is better than ever. Get to explore the mansion where Mario went missing, this time with some brand new features. The mansion’s map is always displayed on the second screen, and you can now battle every boss you’ve defeated on demand with the new Boss Rush mode. The game will launch some time this year.

Kirby is going on another adventure and this time, you’ll have some friends to help you out. Fan favorites such as King Dedede and Meta Knight can be recruited as allies to fight alongside our fluffy hero. More legacy characters will also be added in future updates for free. Kirby Star Allies will be launching on 16 March. A free demo is already available if you want to try out the game now.

Issun and Okami have hopped on to the Nintendo Switch. Use the power of the gods to solve puzzles and overcome challenges. Use the touchscreen in handheld mode or the Joy Con’s motion controls in TV mode for your brush strokes and unleash the power of the Celestial Brush. The game is set to launch this summer.

Sushi has been forbidden. Now, Musashi must wage conveyor belt sushi battles to defeat the empire and restore sushi to its rightful place. It’s an action-based match-three game with deep gameplay and plenty of strategy options. The game launches on 8 June for both the Switch and the 3DS.

Two more main characters have been introduce: Tressa the Merchant and Alfyn the Apothecary. Tressa’s path action is Purchase which allows her to obtain special items from townsfolk. Alfyn’s path action is Inquire which gives him access to information others won’t have access to. Also, Jobs have been revealed. You’ll have access to 4 base jobs and will then be able to equip an additional job for strategic benefits. The game is set to launch on 13 July. A special edition will also be available on the same day. A free demo is available now.

Jump into the game world of a legendary console and take on the role of an otaku assassin. Use your katana to crush every bug you meet in each of the 7 games within the console. You can also have a friend join you in co-op to not only help you out but also new story content. The game is set to launch some time this year as a Switch exclusive.

It’s time to die again. Enjoy gruesome battles on the go as Dark Souls Remastered heads to the Switch. A network test will happen before launch which will allow players to try the game for free. A Solaire of Astora amiibo will also be available for purchase which unlocks the popular ‘Praise the Sun’ gesture. The game and amiibo figure both launch on 25 May.

Mario’s out to take on the world of tennis by storm once more with Mario Tennis Aces. The game will feature 15 characters from Mario’s extended roster with each one having their own distinct characteristics. The game basics were shown off during the presentation and it’s looking like an action-packed racket game. Multiplayer will allow up to 4 players in a match. There will also be a ‘Swing’ mode for those who want to use the game for exercise while having fun. The game launches on 22 June.

Captain Toad is headed to the Switch. Explore sandbox puzzle levels, rotate the screen to reveal hidden treasures, and even enjoy a few Super Mario Odyssey levels. The Switch version allows a friend to help you out. The game is set to launch on 13 July. A 3DS version is also in the works and will launch at a later date.

The indie RPG with a cult following is headed to Nintendo’s hybrid console. Not much else was revealed, so its probably the same game ported to a new system. The game is bound to launch “eventually”.

Crash is switching things up (excuse the pun). The 3 original adventures have been remastered and ported over to the Switch. With over 100 platforming levels and everything updated for modern players, there’s never been a better time to play the furry hero. The game launches on 10 July.

The terrifyingly charming puzzle platformer from Tarsier Studios is also making the jump to the Switch. You’ll get to play both Six’s and Kid’s story with all past DLC content bundled in. You can also get an exclusive Pac-Man mask by tapping the Pac-Man amiibo. The game launches on 18 May.

The silly superhero parody starring your favorite South Park characters will be heading to the Switch. Unlike most of the other games jumping on to the platform though, the game won’t come with all previously released DLC. Instead, a Season Pass will be available as a separate purchase. To be fair though, a third DLC is still on its way. The RPG releases on 24 April.

Fans have been clamoring for Nintendo to bring a number of Wii U exclusives to the Switch. One of those titles is Hyrule Warriors. Nintendo has finally given way to fan requests with the announcement of Hyrule Warriors: Definitive Edition. The game will launch on 18 May.

Splatoon has a shiny new update coming with some brand new content. Over 100 pieces of gear will be added, along with a few new extra stages. Rank X will also be introduced, which dethrones S+ as the game’s highest rank. The update will drop some time in April. Also, the Octo Expansion DLC has been revealed. This will be the game’s first paid DLC and it adds single player missions featuring a new character, Agent 8. The expansion launches this summer.

It was supposed to be the end of the presentations, but Yoshiaki Koizumi said that they actually had one more video to show. As if everything shown had not been epic enough, the next teaser was for none other than a brand new Super Smash Bros. title coming to the Switch. There wasn’t a lot to go on with, but the game is set to launch some time this year.

The latest Nintendo Direct was definitely not lacking in big reveals and juicy updates. We’ll keep you posted on all things Nintendo so make sure to always check back here.

Wow very informative news, Dark Souls on a Nintendo console, the gruesome and violent games are making it slowly into the family friendly Nintendo!