Here’s What Bethesda Announced and Showed at E3 2018 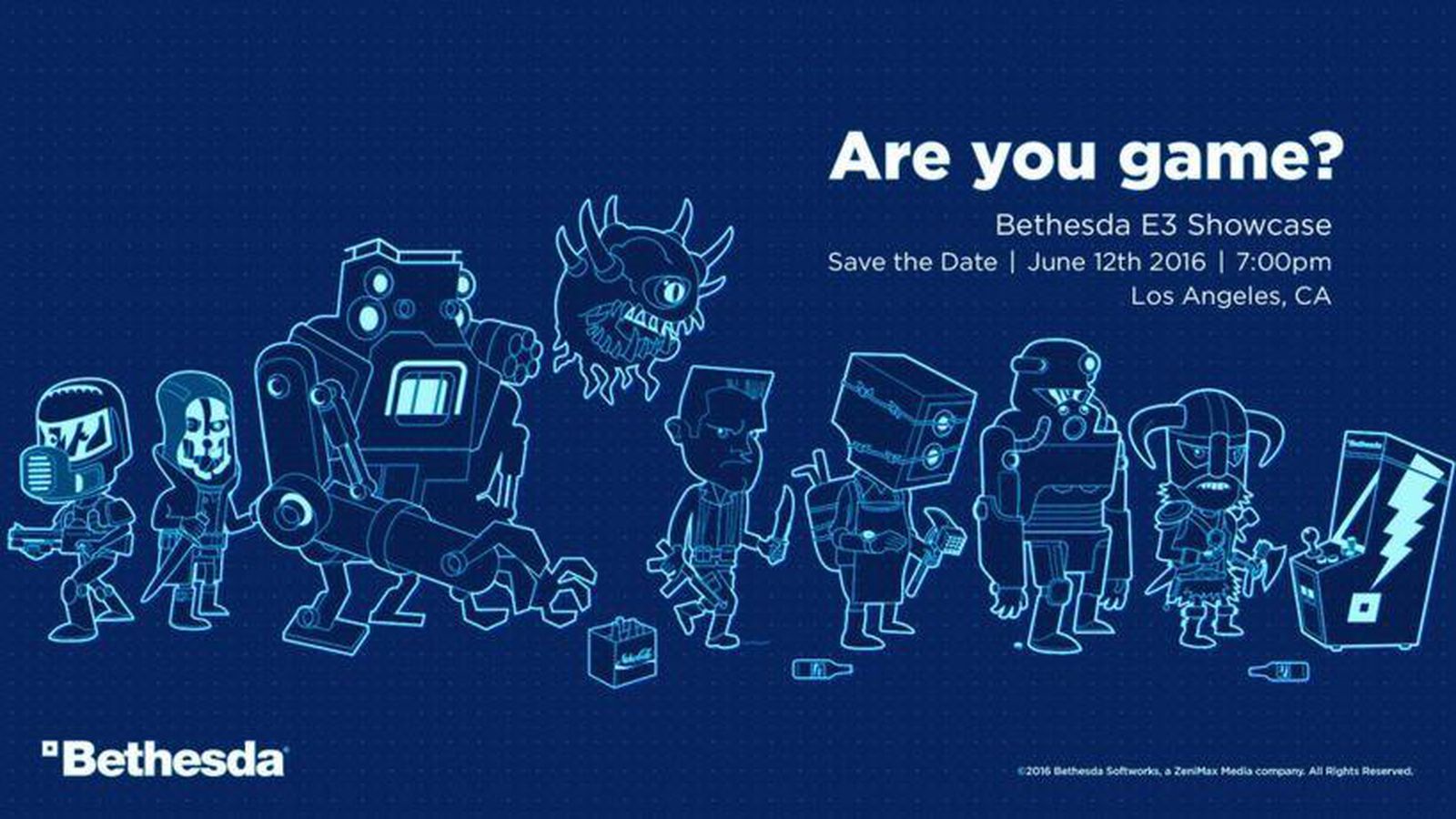 E3 has been scorching hot this year with so much going on and so many games being announced and Bethesda has had one of the best shows so far. The best-rated publisher across their games on Metacritic dropped huge announcements and showed off some new footage of upcoming games. In case you missed it all, here’s a run down of how Bethesda stole the show.

After a very lively performance from rock star Andrew W.K., Bethesda went on to reveal gameplay footage for their upcoming open-world, post-apocalyptic shooter, Rage 2. The game is being co-developed by iD Software and Avalanche Studios, the latter of which is known for creating huge open-world games such as the Just Cause series. Here’s a look at the game’s fast-paced gunfights and vehicle combat:

Bethesda’s digital card game based on The Elder Scrolls franchise will be getting revamped visuals and is coming to Xbox One, PS4 and Switch later this year. Here’s a look at the new graphics:

Zenimax talked about upcoming DLC for their Elder Scrolls MMORPG. The next one coming out is a dungeon DLC based on werewolves called Wolf Hunter. Then, later on this year, they’ll be releasing Mirkmire, bringing players back to Black Marsh to learn more about Argonian lore and culture. No official release schedules for both DLCs were given.

A brand new DOOM game is in the works and will supposedly make the hero feel a lot more powerful, doubles the number of demons, and brings hell on Earth. DOOM Eternal will make its official debut at this year’s Quake Con in August. Here’s the teaser they played during the show:

Quake Champions, claiming to be the original eSport, will be building more competitions for the game. New features have also been added to make it easier for friends and family to play together. This week, anybody can sign up for the free-to-play verion and start playing right away. The best part is if you download during the week, you get to play for free all the way to launch and beyond. Here’s the latest trailer for the competetive shooter:

Bethesda announced that a new update was released during the show for Prey, adding 3 new modes — Story Mode, New Game Plus and Survival Mode. A new infinitely replayable DLC was also launched during the show called Mooncrash. Players will be attempting to escape from the moon and each playthrough will be unique. Enemies change, environment conditions very, and you’ll most likely die a lot. Here’s the DLC’s trailer:

One more DLC is in the works called Typhon Hunter. It’s a multiplayer hide-and-seek sort of experience where 1 player goes against 5 others who play as mimics. There will also be a VR version of this DLC which includes a puzzle-solving-focused singleplayer mode.

The next Wolfenstein will be a co-op shooter featuring BJ’s twin daughters. The game will be playable alone or with a friend. Not much else was revealed or shown for the game, but here’s a teaser they played during the show:

Another Wolfenstein game was announced called Cyber Pilot. This is a VR game where players take on the role of a hacker who takes over Nazi robots and turn them against their masters.

This game was teased right before E3 and Game Director Todd Howard revealed a whole lot of details for the upcoming game. 76 will be an online-only multiplayer shooter set before every other Fallout game. The game takes place in West Virginia where the residents of Vault 76 have just opened the door and stepped outside for the first time in 25 years. The game allows you to build wherever you want in the game world, but mutated monsters from local folklore can come and destroy it all. Also, there are a few nukes scattered in the game world which players can use to target just about anything. Here’s the game’s trailer:

A new Elder Scrolls game was announced that’s coming later this year. Blades is a console-quality singleplayer Elder Scrolls game that’s free-to-play and is coming to IOS, Android and VR platforms. The game features and endless dungeon, an arena for PVP, and a town-building mode. Here is the game’s reveal straight from E3:

Bethesda has announced a new IP, their first wholly-original one in 25 years. Aside from the title, nothing else was revealed. Here’s the game’s teaser:

Finally, ending the show on a very high note, Todd Howard revealed that the sixth numbered Elder Scrolls title is in the works. The game is currently in pre-production so it might be a few years away. Here’s a look at the game’s teaser:

And that’s it. If you’re not hyped because of all the announcements, you might need to see a doctor. Or don’t, because you’re gonna need to save all your money for all these great games coming out soon. As always, you can find the best deals for Bethesda games, and all other games, right here at AllKeyShop.com.

Cool announcements from Bethesda. Just need to see more about Fallout 76. The multiplayer part and how the game will play seems a little confusing right now.