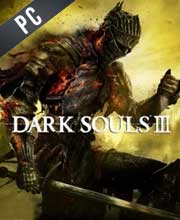 What is Dark Souls 3 CD key?

It's a digital key that allows you to download Dark Souls 3 directly to PC from the official Platforms.

How can I find the best prices for Dark Souls 3 CD keys?

Allkeyshop.com compares the cheapest prices of Dark Souls 3 on the digital downloads market to find the best sales and discount codes on trusted stores.

Embrace the Darkness once again with the third and final installment of the popular series. This critically acclaimed game pushes the boundaries of the genre-defining series.

Despite the odd issues I ran into with the game, be it performance related, or gameplay related (mobs of enemies don’t always make a game harder FromSoftware), Dark Souls 3 is a gargantuan step up from Dark Souls 2 in terms of design…From Software has included a lot for players to mess around with, and between the various armor sets, locations, weapons and enemies to get acquainted with, Dark Souls 3 is one behemoth of a game that could stand at the top of the entire series in terms of quality.

The Fire Fades Edition includes Dark Souls 3 plus Ashes of Ariandel and The Ringed City DLC.

The GOTY Edition includes the base game plus Ashes of Ariandel and The Ringed City DLCs.

DARK SOULS 3 The Ringed City brought the Ringed City to the game having new locations, new enemies, new bosses, new items and more. This is the final chapter for the game.

Find all the best prices for Dark Souls 3 DLCs on Allkeyshop!

One of the greatest games I have ever played. I do not normally play these heavy-story driven games, but DS3 put up a great challenge and resulted in a lot of fun.

As expected, bought the game from one of the stores, activated the key, played the game and its perfaect i loved so much 5/5

It’s Dark Souls, if you don’t know this saga exists you are missing on a LOT. It’s challenging and has a great replayability.

One of the best RPGs out there, which requires time to understand the game.