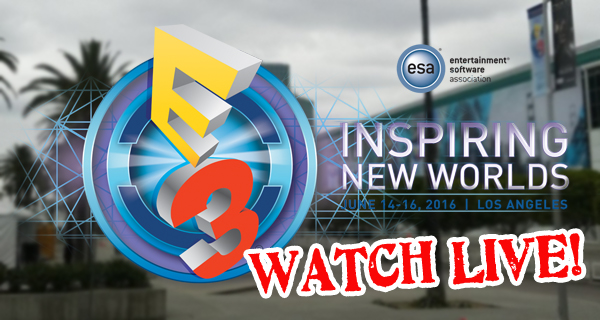 The spotlight is on E3 2016. Video game publishers and developers from all over are gathered today in one event showcasing each of their own work.

Highlights to be expected today are details on upcoming games such as trailers, release dates, as well as a showcase of new products coming to the video games market.

The E3 2016 Press Conference will be held at the Los Angeles Convention Center from June 14-16, 2016. Below is the press conference schedules ahead of the June 14th exhibit as well as links to where you can watch the live streams.

*Also streaming on: Xbox One, Xbox.com

Which of these E3 2016 live streams are you watching? Give us a shout out in the comments below!