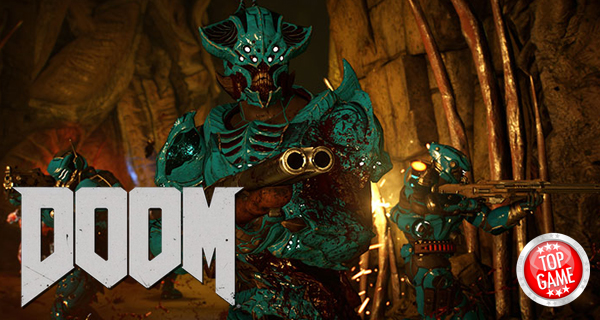 Get to experience Doom earlier than everyone else, join the Doom Open Beta.

A recent announcement from Bethesda posted about the Doom multiplayer-only Open Beta in their official website. This gives a chance to those who were not able to play the game at the closed beta to get hold of the game before its official launch on May 13, 2016. The open beta starts on April 15th and will run for 2 days and close on April 17th. Pre-loading however is available by April 12, 2016.

It is very simple to join the open beta: you just have to download it from Steam, PlayStation Store or the Xbox Store.

Doom open beta will let the players play in 2 maps: Heatwave and Infernal. Access to two game modes: Team Deathmatch and Warpath. You will also get 1 playable demon, a weapon as well as unique armor sets, taunts and hack modes.

Get more information about the Doom Open Beta here.

Bethesda has also announced their post-launch plans which includes free content updates and DLCs which will be released within the year.

There will also be 3 Premium Multiplayer DLC packs which will be released after the game’s launch, and the first one will be available on Summer of 2016. The first DLC will give players access to:

Each of the DLC packs will cost $14.99, however player can also get all three DLCs at a discounted price of $39.99 through the Season Pass.