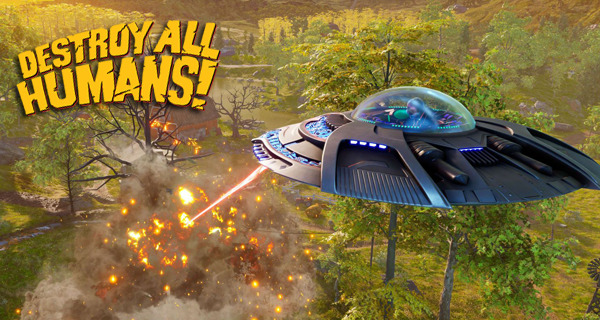 The Destroy All Humans Remake Demo is now available to download and play on PC via Good Old Games (GOG).

Destroy All Humans originally came out in 2005. It was developed by Pandemic Studios and published by THQ, releasing for the PlayStation 2 and Xbox.

The Destroy All Humans remake demo is available now to download and play and features the first mission of the game, as well as a bonus challenge mission.

The official page for the game’s demo on GOG.com describes the game as such:

Destroy All Humans! is the remake that fans of this cult game, now a classic, have been waiting for. This demo offers an overview of what makes this alien invasion game tinged with black humor one of the most beloved adventure and action games of all time.

The game’s demo is expected to take around 20-30 minutes to complete.

Destroy All Humans! is set to launch on July 28, 2020, and will be available for PlayStation 4, Xbox One, and PC. If you pre-order the game now you will also receive the Crypto Skin Pack.