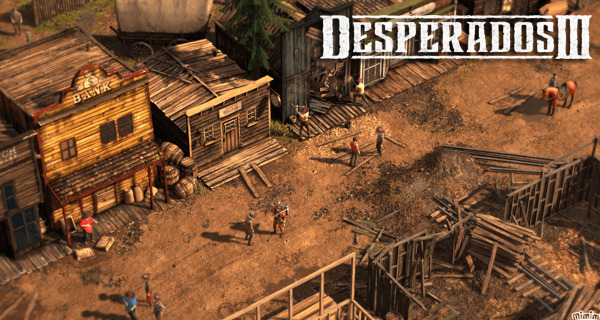 Wild West fanatics grab your hats, jump on your horses, and ride straight to GOG as the Desperados 3 demo is now available to download and play on GOG.

Desperados 3 is the long-awaited prequel to the classic game, Desperados: Wanted Dead or Alive.

The official announcement on GOG.com, which we have below, reveals what to expect from the demo.

In good old Mimimi Games tradition, we proudly offer this demonstration of confidence to you. You can play two missions from the beginning of the game: First, you learn the ropes as young Cooper on a bounty hunting mission with his father.

Then, you’ll unleash grown-up Cooper’s full skillset on a large force of bandits and join forces with legendary Doc McCoy to stop a full-blown train robbery.

We even offer a short glimpse on the third mission, where giant trapper Hector joins the group in a Western town full of Thugs.

Expected Playtime is approximately 90 – 120 minutes (Although the second Mission might be tempting for a speedrun, show us your mission end screen!)

Accept our humble invitation to stealthily pile up bad guys behind bushes and get a taste of the story-driven, hardcore tactical stealth gameplay of Desperados III.”

Whether your choice is to kill quietly with your knife, or taking out multiple enemies with your revolver, the Wild West is yours to make of it as you will.

You can pre-order Desperados 3 now from GOG.com with the full game set to launch on June 16, 2020.