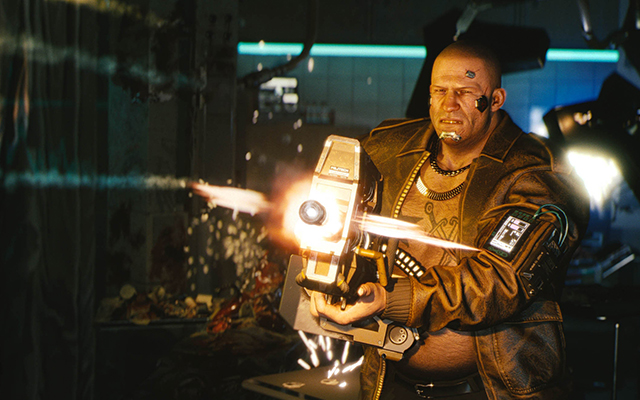 CD Projekt Red has clarified that Cyberpunk 2077 singleplayer won’t have microtransactions. It will be the contrary for multiplayer, though.

The account followed up with another Tweet saying, “Cyberpunk multiplayer/online, which is a separate project, will have some microtransactions, but we said that a year ago already. Like always, expect us treating your money with respect.” 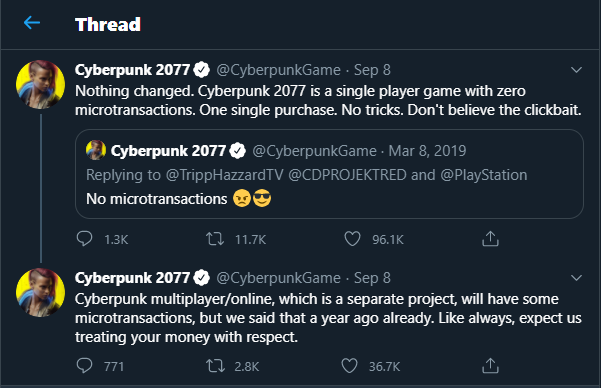 CDPR is yet to release full details on the game’s multiplayer component.