Cyberpunk 2077 | 10 Reasons Why this Game Will Be Successful

10 Reasons Why Cyberpunk 2077 Will Be Successful

1. Cyberpunk 2077 Will Be More Successful Than Witcher 3

Developers CD Projekt Red are no strangers to long developments, with The Witcher 3: Wild Hunt taking over three years to produce and being the highest-rated RPG of the last decade.

When Cyberpunk 2077 was first announced in May 2012, we knew we were in for a wait, and with the game releasing in just a couple of months, it means that it will have been in development for at least eight years.

Time spent in development does not always mean a great product, as some games such as Duke Nukem Forever will show you.

However, I strangely find comfort in the knowledge that CD Projekt Red’s new game has been delayed twice this year, with the developers stating that they were taking more time to balance, fix bugs, and polish “both content and gameplay-wise.”

It’s worth noting that Cyberpunk 2077 is set to launch on November 19, 2020, for Xbox One, PlayStation 4, and PC, with later releases for Stadia, and PlayStation 5 and Xbox Series X next year.

A release across all platforms suggests the game will be already be refined and perfected ahead of its launch. 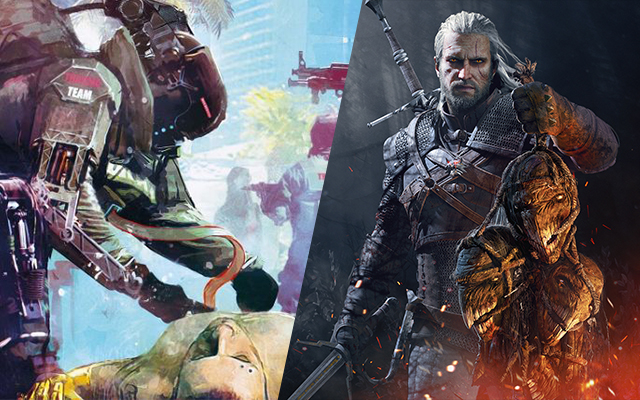 2. CD Projekt Red Know How to Create a Great Story

Decide whether to be a Nomad, a Street Kid, or a Corpo and begin your adventure with advantages and disadvantages depending on the decisions you make.

As a Street Kid, you grew up on the streets, know your way around the city, and are well-versed in street slang, making it easier to deal with the gangs you encounter.

On the other hand, a Corpo is a manager in the Arasaka group without street smarts but with a high level of negotiation skills, opening up opportunities not offered to those from the streets.

Nomads know nothing about corporations or the street life but know how to survive in tough situations. 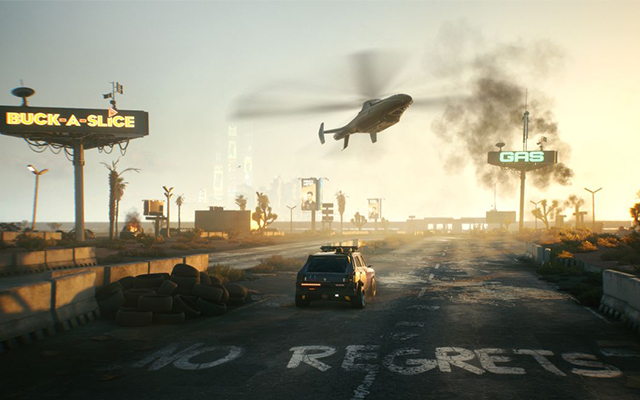 Cyberpunk 2077 will launch with cutting-edge graphics with the help of GeForce RTX-powered ray tracing technology.

The game uses the REDengine 4, the same used for The Witcher 3: Wild Hunt, and with the help of ray tracing, will feature realistic and accurate reflections on all surfaces, ambient occlusion, and natural-looking directional shadows and lighting effects.

Night City will come alive thanks to the power of DirectX 12 Ultimate, which will squeeze more from GeForce RTX graphics GPUs. Cyberpunk 2077 will allow for individual graphics options for those playing on PC, allowing players to customize Night City to their liking. Cyberpunk 2077 won the reveal of E3 2019 with the announcement that Keanu Reeves will play a character in the upcoming game. Still, the voice talent doesn’t stop there with Cyberpunk 2077 set to support 18 different languages, with 10 of them fully voiced in-game. 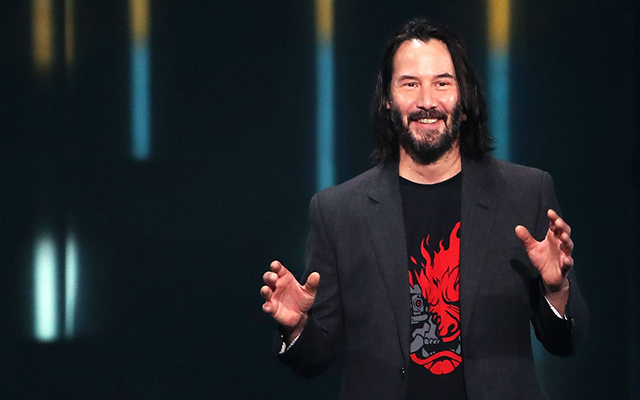 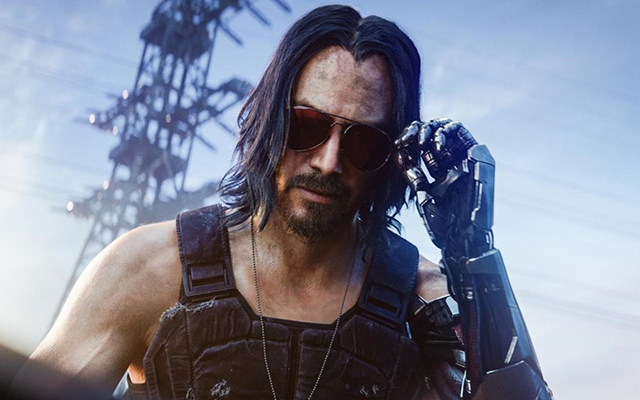 Cyberpunk 2077 will feature a whole range of weapons, items, gear, and tech for players to customize their playstyle and make V their own character.

Weapons in Night City come in many forms, such as pistols, shotguns, submachine guns, rifles, and melee weapons, and are created by the many corporations that you will encounter as you explore the city.

Some of the weapons we know about so far include Tsunami Nekomata, a semi-automatic sniper rifle capable of penetrating heavy armor, the Militech M-10AF Lexington, a automatic pistol useful when speed is paramount, and the Araska Thermal Katana, a nano filament heated blade capable of incredible heat and devastating attacks.

Weapons will come in three separate styles. Power weapons are basic weapons, easy to use, common to find, and run on gunpowder.

Smart weapons are capable of auto-locking onto targets and can also use ricocheting bullets for taking out enemies hiding behind cover. Then there are tech weapons, powerful armor-piercing weapons that deal high amounts of damage to the toughest of targets.

CD Projekt Red is known for creating fantastic story-driven single-player experiences in vibrant, living worlds, and Cyberpunk 2077 will be no different. As well as weapons, players will be able to find loot, craft items, install special chips, form deep relationships with other characters, and even customize V in a variety of clothing such as leisurewear, business wear, and high-fashion.

6. The Open-World and the RPG

Cyberpunk 2077 is an open-world RPG based on the pen-and-paper tabletop game Cyberpunk and is set in the metropolis of Night City in Northern California. Playing as V, players will begin their story in one of three locations depending on whether they have chosen Nomad, Street Kid, or Corporate when creating their character.

Nomads will start outside of Night City in the Badlands, with V getting stopped by the Sheriff when smuggling something into the city.

Street Kids begin the game in a bar with V helping someone clear a debt they have with a Fixer.

Corporates will find themselves in Araska Tower as an Araska agent before quickly being stripped of their cyberware by fellow agents when things go suddenly wrong. Although CD Projekt Red has officially revealed not much, there have been a few gameplay videos, and a little leaked gameplay, as well as the revealing of small pieces of information on what to expect from Cyberpunk 2077.

One of the details revealed is the addiction to the Braindance that residents of Night City are experiencing. The Braindance is the next level in entertainment, an immersive virtual reality interface that puts someone into extreme scenarios.

With many of Night City’s residents suffering from depression, homelessness, poverty, and other problems, a braindance is the only way to escape the towering metropolis that is slowly crushing them.

CD Projekt Red doesn’t mess around, and with Cyberpunk 2077’s age rating announced, there were no surprises that it is to be rated 18+.

Cyberpunk 2077 will feature nudity, drug use, addiction, intense sexual relations, prostitution, and sexual language, all combining to make a more realistic and dark narrative in a future that is not far from our own. Away from the verticality of Night City, lies the Badlands, the 7th district featured in Cyberpunk 2077.

The Badlands are a far step away from the riches, neon, and glamor of the city. Instead, they are a vast plain of burning oil fields, landfills, pollution, acid rains, and opportunities for those ready to take it. 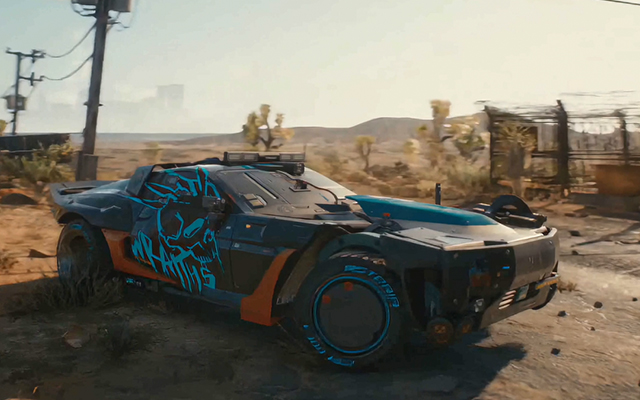 For many, the Badlands will be a place to forget, but for those who choose the life of a Nomad, the Badlands is a memory of a place yet to be touched by the Future’s ideas, for better or worse.

9. Gameplay – Quests and Side Stories

Cyberpunk 2077 is a massive game, immersing players in a vibrant and living world. The game will feature a day and night cycle, with a full day lasting 3 hours in real-time, making it more than an hour longer than a full day in The Witcher 3: Wild Hunt.

During their time spent in Night City, players will complete main quests and side quests called street stories.

The main quests will move the story along, with the completion of failure of these quests having a lasting impact on Night City and its residents.

Completing quests will be possible through multiple ways, with the player deciding on how to complete the objectives, whether through stealth or force.

Street stories are slightly different. Whereas in the main quests, players will not be able to fail a quest entirely, these street stories can be failed. They are more like side jobs and will give V a way to explore the world while earning rewards. Every street story is also handcrafted, offering unique objectives with each one. It will also be possible to unlock quests and street stories when exploring the city, but remember that every choice matters, and the decision to take or not to take a job can have serious consequences. Firstly, players will need to choose their Lifepath, whether to be a Nomad, Street Kid or Corpo, each offering a unique starting point and different dialogue options throughout the game.

During the character creation, players will need to select starting skills, including intelligence, reflexes, technical ability, and cool, with points available to put into each to make V a genuinely unique character to each player.

The triumphant announcement of Cyberpunk 2077 and the viral videos of Keanu Reeves on the stage of E3 can not be underestimated, with CD Projekt Red and Netflix recently announcing a brand new anime series, Cyberpunk: Edgerunners.

With his recent success in the incredible John Wick, Keanu Reeves seems like the perfect fit for Cyberpunk 2077. One of his previous roles, Neo, in The Matrix franchise, and his emergence into the real world, much like an escape from the Braindance in Cyberpunk 2077, offers somewhat mirrored ideas in futuristic worlds.

I cannot wait! Thank you for keeping track of the prices