Activision has announced the dates for the open beta and early access phases of Call of Duty Black Ops: Cold War. 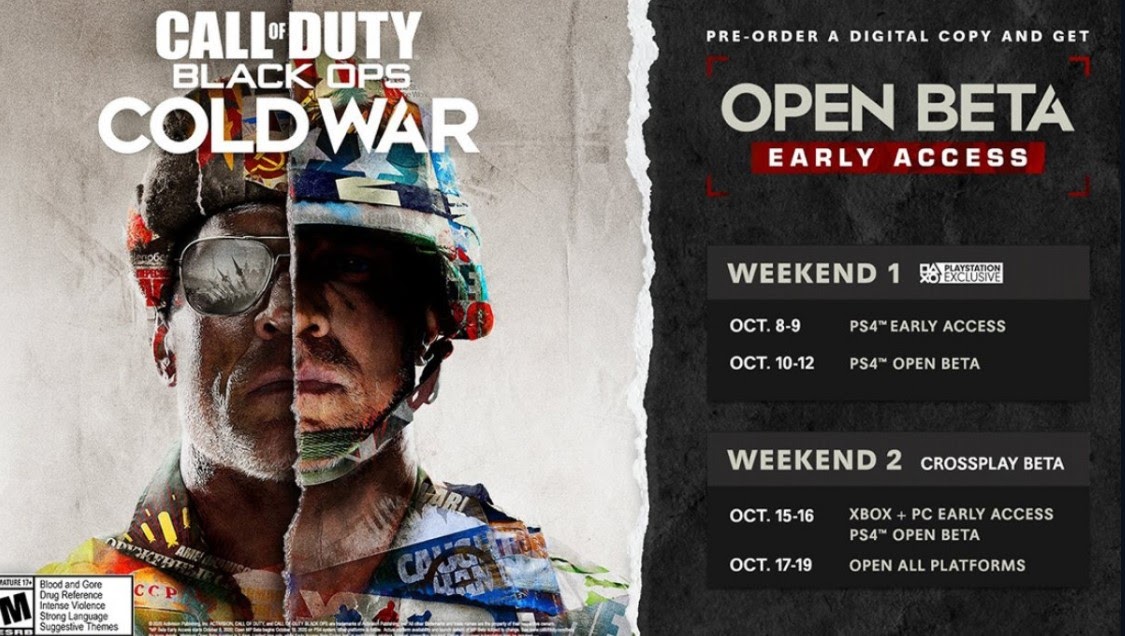 
The new CoD offshoot, which will be released on 13 November, is visibly taking shape. Activision and Treyarch introduced the multiplayer mode on Wednesday (09.09.) In addition, there are already extensive insights into the story mode, regarding the different editions and the transition from Warzone and Modern Warfare to Cold War. In addition, the dates for the Open Beta – players who have not pre-ordered Cold War can also participate – and the classic Early Access are now fixed. The first weekend is reserved exclusively for PLAYSTATION 4 players.

Important: Only pre-ordered digital versions of Cold War will be eligible for the beta. If you have ordered a physical copy, you will not have access to the beta. 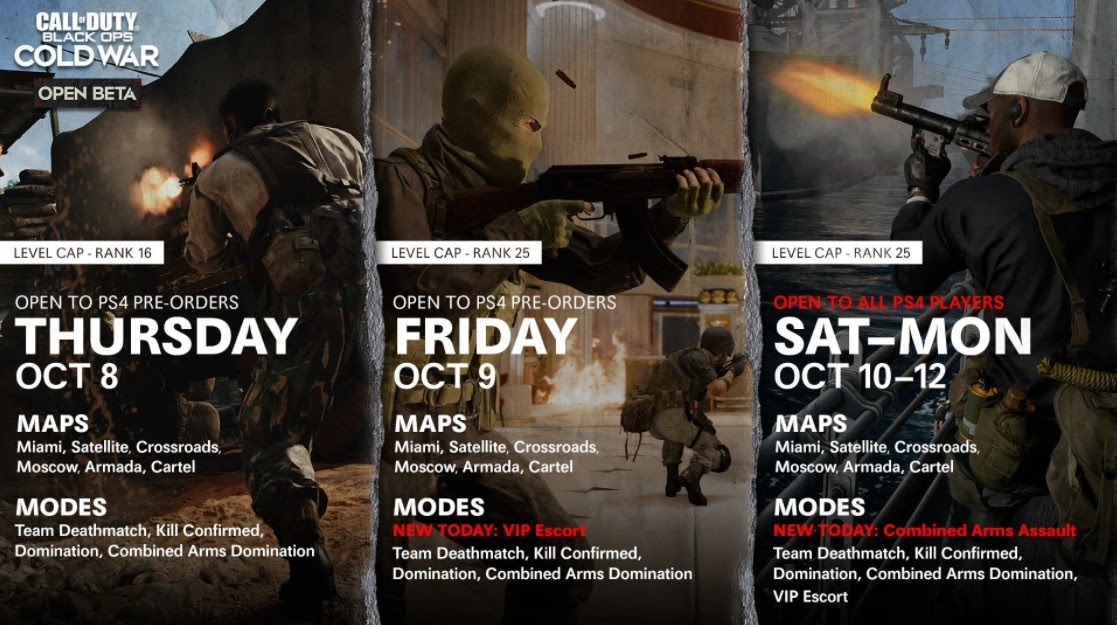 Open beta on all platforms (Xbox Gold or PS Plus required).

With the various betas approaching, Activision and Treyarch have now announced further details of what fans can expect to see during those dates.

The Black Ops Cold War beta will give players exclusive access to the game along with additional content before the launch on November 13. Included will be Gunsmith customization, operator selection, and a variety of game modes detailed below:

In the Call of Duty: Black Ops beta, you will play, among other things, the Map Cartel, which takes you into the jungle of Nicaragua. The map provides opportunities for both close and long-range combat. The open, central area of the map promises action-packed battles.

Also included: the VIP Escort mode, designed for 6v6 battles. Here a player slips into the role of the VIP with defenders trying to secure the VIP within a particular zone.

Also confirmed is the Combined Arms and Firearms mods, featuring two teams of 12 and teams of up to 40, respectively.

The beta phase comes with a level system, allowing you to climb ranks and level up, meaning you can unlock early rewards.

Classic modes such as Team Deathmatch, Domination, and Position will be also be made available.

You can find more details on Call of Duty Black Ops – Cold War, including information on vehicles, weapons, maps, scorestreaks, updates, gunsmith, movement, bugfixes, and patch notes on THE JOURNEY FROM ALPHA TO BETA, available directly from Treyarch.