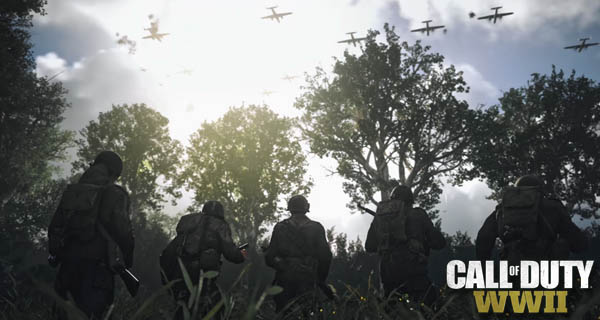 Watch Call Of Duty WWII Trailer and live the action!

Activision and Sledgehammer games released a Call Of Duty WWII Trailer that showcases their upcoming game. This was presented during its world premiere presentation in London and was hosted by Glen Schofield and Michael Condrey.

The game is set during 1944 and 1945 of the Allied Invasion of Europe. The story revolves around a rookie private in the American Army named Ronald “Red” Daniels. He is a part of the 1st Infantry Division that is called the “Fighting First”.

The multiplayer mode will include objective-based team contests. Also, a new social space where you and others can interact will be available and it is called the Headquarters.

You can watch the thrilling video below:

Call of Duty WWII will launch on November 3, 2017. It available for PC, PlayStation 4 and Xbox One.

please will you put this game on lotteries system .