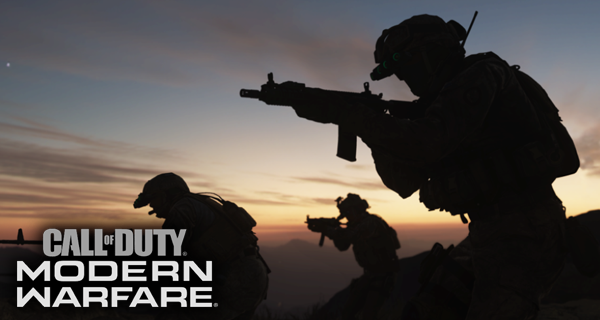 The official launch date of Call of Duty: Modern Warfare Warzone has not been revealed by Activision and Infinity Ward yet but a lot of rumors are already spreading as to when that will be. Warzone is the game’s battle royale so a lot of fans are awaiting this to launch.

A lot of speculations have surfaced as to when the launch will be and many are thinking that it will be on March 3rd. This idea came about when a Twitter post from Call of Duty Warzone News shared the new Bazaar map, which seems to be a blank map, just below the map is the date 03/03.

On the new Bazaar map, there seems to be a blank map with the date 03/03 featured underneath. 🧐

Another post from the same account that started the rumor about the March 3 update is the “Warbeast- in cinemas from March 3rd” post which is a poster of a movie entitled War Beast found in the Piccadilly map that has a showing date of March 3.


Hmm… Could this be a hint towards the Call of Duty Warzone release date? 🤔

“Warbeast – in cinemas from March 3rd.” 👀 This was spotted underground in the Piccadilly map. #Warzone pic.twitter.com/bxtpDBXKyF — Call of Duty Warzone News (@BattleRoyaleCoD) February 21, 2020

According to TheGamingRevolution which is a site that leaks information about Call of Duty, the launch date won’t be on the 3rd but instead, it will be on the 10th. Since Tuesdays are usually when Infinity Ward rolls out new updates, this seems legit.

TheGamingRevolution said that the launch date is on March 10th and that Call of Duty: Modern Warfare Warzone will be launching as a standalone game. For players of Modern Warfare, early access is available for the battle royale mode starting on March 3rd. If all of what is said is true, that clarifies the confusion.

Right now, we must take the information with a grain of salt and wait for the official announcement for the developers.

Call of Duty: Modern Warfare is currently available for PC, PlayStation 4 and Xbox One.