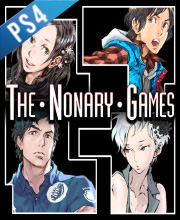 What is Zero Escape The Nonary Games Game Code?

It's a digital key that allows you to download Zero Escape The Nonary Games directly to Playstation 4 from PSN (Playstation network).

Allkeyshop.com compares the cheapest prices of Zero Escape The Nonary Games on the digital downloads market to find the best sales and discount codes on trusted stores.

Nine people are kidnapped and taken to an undisclosed location. There, they are forced to be a part of The Nonary Games. The mastermind of all this is a person called Zero.

A sadistic game that places the lives of the people on the line. Mind-bending puzzles in locked rooms are presented to you. Solve it and escape or pay with your lives. Not only will the obstacles be your problem but your fellow strangers as well. Tensions rise during dire situations. Will you ally with them or heartlessly betray them.

Who and how many of your characters will come out alive from this diabolical game? Play Zero Escape: The Nonary Games and find out.